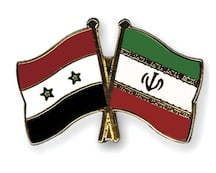 Iran is stepping up its military and intelligence support for Syrian government troops in their crackdown against opposition strongholds, The Washington Post reported late Saturday.

Citing three unnamed US officials with access to intelligence reports from the region, the newspaper said Tehran had increased supplies of arms and other aid for Syrian leader Bashar al-Assad as he is trying crush resistance in the key city of Homs.

“The aid from Iran is increasing, and is increasingly focused on lethal assistance,” the paper quotes one of the officials as saying.

Reports supported by US intelligence findings indicate that an Iranian operative was recently wounded while working with Syrian security forces inside the country, the paper said.

A second senior US official said Iran has recently dispatched members of its main intelligence service, the Ministry of Intelligence and Security, to Damascus to assist in advising and training Syrian counterparts in charge of the crackdown, according to the report.

The head of the Quds Force, Brigier General Qassem Suleimani, also has paid at least one visit to Damascus in recent weeks, the paper noted, citing US officials.

Iran Vows to Give Crushing Response to Any Terrorist Aggression