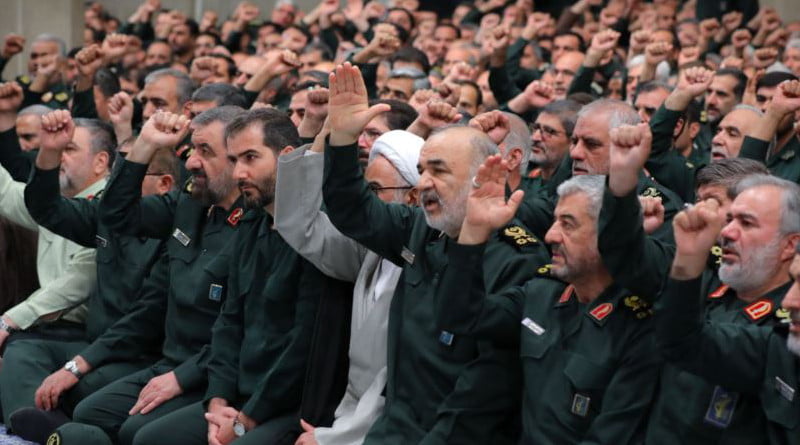 A number of Iranian military leaders, from both the army and the Islamic Revolutionary Guard Corps (IRGC), are among the likely candidates for Iran’s presidential election, which will be held on June 18. Among these candidates are the former IRGC air force commander and former defense minister in the Rouhani government Hossein Dehghan; former IRGC commander and current Secretary of Iran’s Expediency Discernment Council Mohsen Rezaee; and the former head of the IRGC’s Khatam Al-Anbiya Construction Headquarters Brig. Gen. Saeed Mohammed, as well as other politicians with a military background, including Ali Larijani, Parviz Fattah and Mehrdad Bazrpash.

It is still a bit early to tell whose names will ultimately appear on the ballot papers. This is because Supreme Leader Ali Khamenei controls the reins of power in Iran and has a tight grip over the upcoming election. Khamenei, after a complicated process to develop consensus and select suitable candidates, has the final say and is interested in preserving the political system’s interests. Therefore, until Iran’s Guardian Council announces its final verdict on the qualified candidates, it is uncertain whether the next Iranian president will be a military man. Prior to taking this decision and determining what the next Iranian president is required to do, Khamenei will have to consider many critical issues, including the country’s domestic stability and its foreign policy, especially regarding the prospects for diplomatic negotiations with global powers led by the US.

However, the number of military figures in the running reflects the political vacuum they are trying to fill and highlights their desire for more control in a bid to assume the second-most important political position in Iran after the supreme leader. It also reflects the attempts by Iran’s military to consolidate its presence in the decision-making institutions. This was evident after the IRGC won several seats in the parliamentary elections of February 2020. Moreover, the ascent of Mohammed Bagher Ghalibaf, a former IRGC commander, to the apex of Iran’s judiciary means the IRGC has extended its influence and reached deep into the country’s political system.