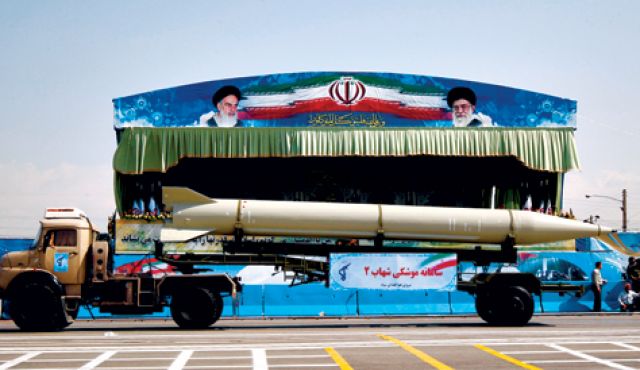 Make No Mistake: Iran is a Threat – History is replete with strategic incidents that were unforeseen but set in motion events that shaped the strategic landscape for decades. The collapse of the Berlin Wall in 1989 was one such event, which foreshadowed the end of the Cold War and resulted in an easing of transatlantic tensions. The world hasn’t been the same since. 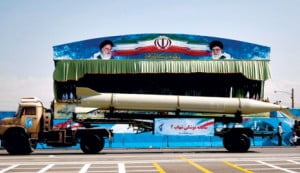 Fast forward to 2014 and the world’s witnessing another intriguing, strategic transaction being played out: the US and Iran are collectively seeking to degrade Islamic State extremists—or daeshas they are pejoratively referred to. Some see it as an odd alignment of diametrically-opposed ideologies; others as a pragmatic convergence of strategic self-interest.

Still, logic would suggest that using Iranian military force against daesh in Iraqi Sunni territory probably doesn’t help Sunnis think that Baghdad is interested in governing Iraq as a unitary state. Iran is, at best, a fair-weather friend of the US and the international forces confronting daesh. But it has a different strategic agenda at play in relation to its influence in Iraq, which doesn’t help Iraq stay united.

The issues that arise from this interaction are maddeningly complex. Where will it end, and what if anything can be done about the residual ‘elephant in the room’: Iran’s emerging, or, by now, nascent nuclear capability?

Three issues stand out above the ruck of diverse complexities.

The first is the question of whether the ‘Iranian leopard can change its spots’. Iran has played—and continues to play—a resolute and determined long game. For more than a decade it has been steadfastly unwilling to compromise or cooperate with the international community. Why would it? It hates the liberal and free West, and consciously eschews more than essential minimal interaction with it.

Notwithstanding Iran’s confrontation of daesh, nothing has emerged in recent times to suggest any prospect of the leopard changing. Make no mistake, Iran has a deep investment in its nuclear program and a determination to leverage the anticipated benefits of that investment. To think otherwise is for the West to bury its head in the sand—to the further advantage of an established Islamic State, and one which is potentially far more dangerous than its much-publicised namesake.

The second issue is that of an ‘opportune smokescreen’, behind which Iran has advanced its nuclear ambitions. This is due to the competing regional strategic distractions of Iraq, Afghanistan, and now, daesh. Each has—and continues—to soak up Western blood, treasure and resolve, now closer to evaporation than at any other time since September 11.

Meanwhile, Iran’s leadership has pursued its nuclear ambitions, unfettered by the West’s democratic challenges of factional division and dissenting public opinion. That situation is now further exacerbated by an increasingly constrained US President, with less than 700 days left in office, a frustrated domestic and international agenda, and diminishing executive authority, both symbolically and practically.

It’s been a good time for Iran to fly under the international radar of scrutiny, at a time when there should have been increased, not diminished, transparency and accountability. Near-term strategic priorities have crowded out a supremely-important dilemma.

Lastly, to the matter of the scale and dimension of the looming threat.

The threat posed by daesh is grim but at its ‘high-water mark,’ their barbarity and mayhem is counted in thousands. However, the threat now posed by a nuclear malevolent Iran is emphatically much worse, with the resulting chaos almost unimaginable in its wake, turbulence and duration.

As the crow—or more aptly, the missile—flies, the distance between Tehran and Tel Aviv is just under 1600 kilometers (approximately 1000 miles). Hence, the time from launch to impact is brief; potentially mere minutes to Armageddon and the worst crisis the world has seen since 1945. The ripples and ramifications of such an event would extend to the end of the 21st century.

No, Iran hasn’t gone away; nor will its strategic aspirations be dissipated by a near-term and welcome outbreak of common sense. To date, containment hasn’t worked. Nor have the much-anticipated and variously described—‘useful/helpful/intense/continuing’—negotiations in Geneva, designed to break the impasse of 12 years of Iranian delay and obfuscation.

The self-imposed deadline of  November 24, 2014 to resolve the standoff has passed. An unnamed member of Tehran’s delegation was quoted in recent days as saying that uranium enrichment and how to remove sanctions remain as sticking points. Another seven months of talks to follow. More delay and obfuscation as Iran’s nuclear program develops into an even more serious threat to regional and international security

In the end, Iran is neither just a Middle East nor a US problem. Rather, it’s a pressing global concern, to which a global collective solution must be found.

Source: The National Interest – Make No Mistake: Iran is a Threat

Six Sunni prisoners were interrogated and threatened in IRGC ward