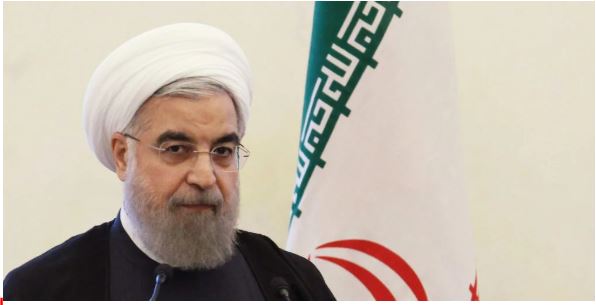 A senior Iranian official reportedly went on state television and explained that the government surveilled the September 11 hijackers and facilitated their air travel.

“Our government agreed not to stamp the passports of some of them because they were on transit flights for two hours,” Iranian international affairs assistant Mohammad-Javad Larijani said last month.

Larijani confirmed that Al-Qaeda was in contact with Iranian intelligence, which also supervised the hijackers’ movements.

He said that the hijackers “were resuming their flights without having their passports stamped. However, their movements were under the complete supervision of the Iranian intelligence.”

“The Americans,” Larjani said, “took this as evidence of Iran’s cooperation with Al-Qaeda and viewed the passage of an airplane through Iran’s airspace, which had one of the pilots who carried out the attacks and a Hezbollah military leader sitting (next to) him on board, as evidence of direct cooperation with Al-Qaeda through the Lebanese Hezbollah.”

According to the Washington Free Beacon, that was the first time that a senior official publicly acknowledged a role in the September 11, 2001, attacks.

The interview came after a federal judge ruled that Iran was responsible for assisting the terrorist attacks and had to pay September 11 victims $6 billion.

In documents seized from Al-Qaeda leader Osama bin Laden, the terrorist group reportedly confirmed that Iran would be willing to provide money, arms, and other things in exchange for attacks in the Gulf region. In those documents, bin Laden also described Iran as part of the group’s “movement.”