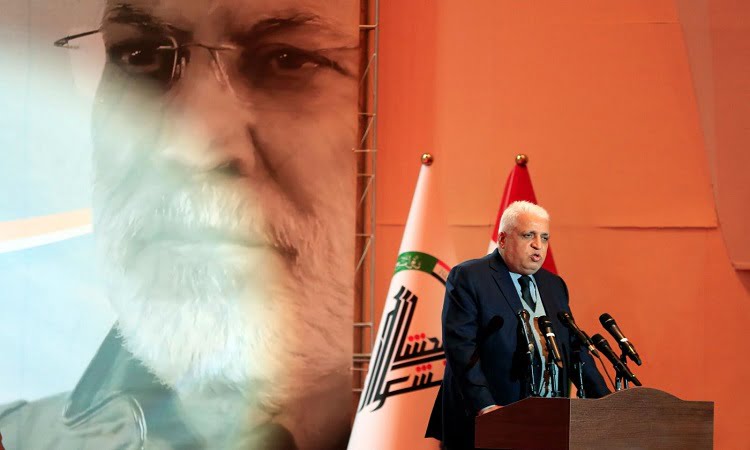 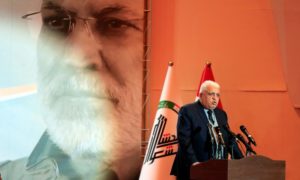 Long overshadowed by Khamenei’s influence from the Iranian holy city of Qom, the Sistani-led religious authority based in Iraq’s Najaf is using a power vacuum to assert its own influence, and seize the powerful paramilitary umbrella group’s levers of power.

The tussle for power began seven weeks ago, with the killing of Hashd al-Shaabi leader Abu Mahdi al-Muhandis and top Iranian general Qassem Soleimani in a US drone strike in Baghdad.

Soon after, pro-Iran factions in the paramilitary nominated one of their leaders to be the chief of staff and director of operations for the Popular Mobilisation Authority (PMA), the body that oversees the Hashd al-Shaabi, and replace Iranian ally Muhandis.

Such a move was expected. However factions associated with Najaf threatened to withdraw from the PMA if the government did not work to limit Iranian influence within the body, several Shia commanders told Middle East Eye.

Sistani himself was responsible for encouraging the Hashd al-Shaabi’s formation in the first place, by issuing a fatwa in 2014 calling on Iraqis to mobilise and volunteer to fight the Islamic State group, who at that time had seized almost a third of Iraq.

That sparked the mobilisation of dozens of armed groups, which coalesced alongside older factions to create the Hashd al-Shaabi umbrella group, a governmental organisation protected by law.

Iranian-backed factions, such as the Badr Organisation, Asaib Ahl al-Haq and Kataeb Hezbollah, are the most powerful groups under the PMA. But the Hashd al-Shaabi’s true legitimacy lies with Sistani’s fatwa.

Analysts have suggested if forces linked to Sistani withdraw, the Iran-backed groups remaining will lose their ability to repel local and international criticism, and accusations of humanitarian abuses and wide-scale corruption.

“Najaf seeks to limit the penetration of Qom’s arms into Iraqi government institutions, in an attempt to distance Iraq from regional and international conflicts. So this is part of the ongoing struggle between Qom and Najaf,” Iraqi analyst Abdulwahid Tuama told MEE.

“[Sistani] sees the vacuum created after Soleimani and Muhandis’s killing as a great opportunity to regain control of an important military institution and extract it from the hands of leaders who believe in Wilayat al-Faqih [clerical rule by Khamenei], returning it to Iraqi authority in the process.”