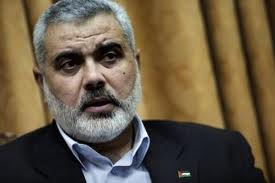 Iran paid the Islamist group Hamas to block a deal with the rival Fatah movement that would have ended a five-year rift between the two main Palestinian factions, a Fatah spokesman said on Tuesday.

He said Tehran recently resumed financial aid to Hamas which it had suspended six months ago over the Palestinian movement’s failure to back their mutual ally President Bashar al-Assad of Syria in his military campaign to crush dissent.

Hamas has since turned overtly against Assad. But, according to Fatah, Iran is more concerned with supporting the armed Palestinian movement that is ready to challenge Israel from its Gaza Strip stronghold, under Israeli blockade.

“We have information that Iran paid tens of millions of dollars to Zahar and Haniyeh in their visits to Iran,” said Ahmed Assaf, referring to Hamas leaders Mahmoud al-Zahar who visited Tehran last week and Ismail Haniyeh who was there in February.

Assaf was responding to a comment by Zahar that Palestinian political reconciliation “is in the freezer now”, despite a unity deal signed last month.

“Reconciliation is in the freezer because Zahar was the one who put it there and he got the price from Iran,” Assaf told Reuters. “Zahar, Haniyeh and Hamas’s Gaza leadership were paid by Iran to freeze reconciliation.”

“The Fatah government did not implement any of their obligations (under the unity deal) and they prefer American money to nationalist agreements,” spokesman Taher al-Nono said.

Assaf said that by visiting Tehran, the Palestinian officials aimed to send a message to Hamas’s exiled supreme leader Khaled Meshaal, who had agreed the reconciliation deal, that the Gaza Strip leaders of Hamas were the ones now in control of the movement.

Meshaal abandoned his Damascus headquarters months ago as it became politically impossible for him to ignore the fact that Assad’s crackdown was killing thousands of fellow Sunni Muslims.

But it was denounced by hardliners who said Meshaal was making unnecessary concessions to the secular faction at a time when Islamism was on the rise in the Arab world.

“Iran has an interest in the division continuing. Iran realises the importance of the Palestinian cause from the religious, political and geographic status and, therefore, it wants to control it,” Assaf said.

If unity was restored and the Palestine Liberation Organisation or any legitimate leadership ruled Gaza, Iran would lose its influence, he said.

Hamas forces seized control of Gaza in 2007 and ousted those loyal to Abbas, a year after it swept parliamentary elections ending decades of Fatah dominance. The open rift split the Palestinian national movement politically and geographically, between Fatah in the West Bank and Hamas in Gaza.

Hamas is regarded in the West as a terrorist organisation which refuses to recognise Israel and foreswear violence. As such, it remains isolated with no formal role in the Middle East peace process, unlike Abbas’s Fatah.

Leaders of both sides have been trading blame over the responsibility for the stalemate, while taking no substantial steps on ground to end the divide.

Analysts say neither faction, with Hamas split by internal differences over the terms of the unity deal, is really interested enough in reconciliation to make it happen

“Reconciliation stands no chance of being achieved because the obstacle that long prevented it remains in place, and that is the absence of real will by both sides, especially Hamas,” said Hani Habib, a Gaza-based political analyst.

West Bank commentator Hani al-Masri said the reconciliation project was as good as dead “unless a miracle happens”.