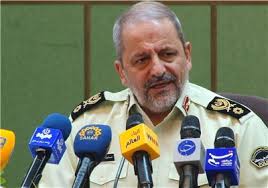 Esmail Ahmadi-Moghaddam says Tehran would take action in Iraq if Shia shrines and cities were threatened by the Sunni jihadis who have taken control of Mosul.

According to the former diplomat, Iranian plans in Iraq are summarized in the wisdom of one man: “We all know that Haj Ghassem is hard at work trying to control the situation”—referring to Ghassem Suleimani, the legendary commander of the Quds Force, Iran’s Revolutionary Guards Extraterritorial Force, and perhaps the closest person to Iran’s Supreme Leader Ayatollah Ali Khamenei. “Our forces will do whatever it takes to protect the border, and the holy shrines from this bunch of thugs. And ISIS are nothing but a group of hooligans. They know what can happen if Iran gets involved in the situation, and that is why they are in such a hurry to carry out their dirty acts.”

Iran’s designs in Iraq, and the rest of the Middle East, have been looked at with a degree of cynicism and fear. Many Arab diplomats regard Persian Iranians as untrustworthy neighbors who secretly ally themselves with anyone to protect their interests.

Last week a member of Syrian opposition accused Iran of secretly helping ISIS. According to Abdul Halim Khaddam, the former vice president to Syria’s Bashar Assad, Iran is arming ISIS in order to undermine the Syrian opposition. By strengthening ISIS, Khaddam claimed, Iran was seeking to draw Syrian public sentiment back toward Assad, recasting the battle as Bashar’s battle against extremist onslaught.

Iranian Foreign Minister Mohammad Javad Zarif categorically denied this accusation. He said Iran has been battling Salafi extremists and al Qaeda itself for years, and would never stoop to such measures.

“Our forces will do whatever it takes to protect the border, and the holy shrines from this bunch of thugs.”

Iran has a troubled history with Sunni extremists in its neighborhood. In August 1998 the Afghan Taliban stormed Mazar-e-Sharif, which was then a base for the Northern Alliance, and enacted a massacre of Persian-speaking and Shia Hazaras. The Taliban also attacked Iran’s consulate in Mazar-e-Sharif, killing nine Iranian citizens, eight of them diplomats. Iran’s Supreme National Security Council weighed how to react and most supported military action to destroy the Taliban, deciding to deploy 100,000 troops along the border with Afghanistan.

Hassan Rouhani, the current Iranian president, at the time was the secretary of Iran’s Security Council. He opposed military intervention in Afghanistan, but with the majority vote for intervention, Iran was just one step away from war. According to former diplomat Hossein Mousavian, who wrote of the episode in his recent memoir, it was only the veto of the Supreme Leader, Ayatollah Khamenei, that prevented military action.

For many years now, Iran has also been engaged in a fight against Sunni Kurdish separatists known as Party of Free Life of Kurdistan (PJAK). Iran’s Revolutionary Guards are responsible for the struggle against PJAK for fighting the Baluchi terrorist group Jeish al-Adl in the southeastern border area with Pakistan.

Iranian media was abuzz throughout Wednesday, with reports anxious that the fall of Mosul will lead the conflict eventually to the Iran-Iraq border.