BREAKING NEWS
GMT+2 03:10
Home IRGC Iran has claimed ‘victory’ after protests. So why is the internet still off?

Posted By: on: November 21, 2019In: IRGC, Revolutionary, Slider
Print Email 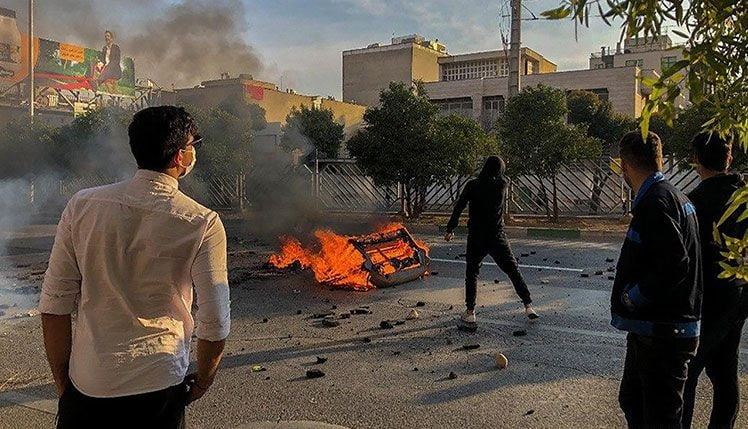 Iran has claimed 'victory' after protests. So why is the internet still off?

Speaking at a government meeting in Tehran, Rouhani said the country had been “victorious out of yet another test” and that “despite the country’s economic problems and existing grievances,” Iran had demonstrated it “would never allow the balance to tilt in favor of the enemy,” according to state broadcaster Press TV.
Iran’s government has blamed foreign enemies for the recent unrest — the severity of which remains unclear because a near-total internet shutdown has halted the flow of information out of the country.

Demonstrators first hit the streets on Friday, a day after the government announced an eye-watering hike in fuel prices by as much as 300%. Iran’s economy has already been crippled by US sanctions, which saw its currency tank, prices soar, and medical and food shortages grow widespread. The fuel hike could further exacerbate economic conditions, forcing greater price increases.
Rouhani has suggested that the protesters were not Iranians but anti-government forces “pre-planned by the reactionary regional regimes, the Zionists, and the Americans.” And Iran’s Supreme Leader Ayatollah Khamenei said Tuesday the protests were related to security issues, rather than a movement by the Iranian people, and that “both friends and foes should know that we have repelled the enemy,” state news agency IRNA reported.
But the perspective of Iran’s protesters and ordinary civilians has been more difficult to ascertain in recent days.
Initially, images posted on social media showed rioters storming banks, petrol stations and government buildings and setting them ablaze. Then researchers at Netblocks, a group that tracks global connectivity, soon started noticing major drops in connectivity in Tehran and other cities.
While internet blackouts are not unheard of in the country, experts have said the scale and technical complexity of this particular blackout is different.
Social media posts have become less and less frequent as the blackout has taken full effect. CNN found many instances of videos purportedly showing ongoing clashes in the streets over the last 24 hours but was unable to verify them and they appeared to have been reposted from private Telegram groups.
Ordinarily, there are over 47 million active social media users in Iran, with Telegram and the Facebook-owned app Instagram being the most popular in the country.
Read more …