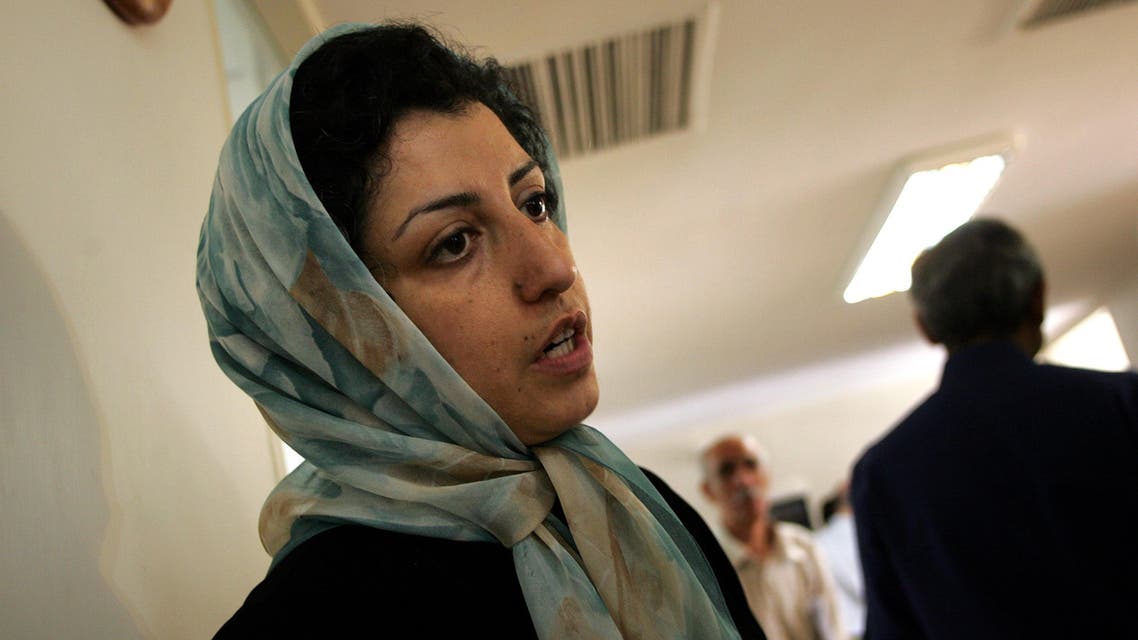 Iranian rights activist and journalist Narges Mohammadi, released from jail in October, has been handed a new sentence of 80 lashes and 30 months in jail, her lawyer said Thursday.

Mohammadi, 49, a campaigner against the death penalty, was spokeswoman for the Defenders of Human Rights Centre in Iran — founded by lawyer and Nobel Peace Prize laureate Shirin Ebadi — when she was arrested in May 2015.

At that time, the mother-of-two was handed a 10-year prison sentence for “forming and managing an illegal group,” among other charges, but was released last year after her sentence was reduced.

However, on Tuesday, the reformist newspaper Etemad reported she had been tried and found guilty of “propaganda against the system” of the Islamic republic, as well as “defamation” “ and “rebellion against the prison authority.”

The paper said she was charged with having “issued a statement against the death penalty,” of having accused prison officials of “torture and harassment,” and of organizing a sit-in protest while in prison.

She was sentenced “to 80 lashes, 30 months in prison and two fines,” the paper reported.

Her lawyer, Mahmoud Behzadi-Rad, confirmed the report to AFP, adding that Mohammadi does not intend to appeal given the “circumstances,” without providing further details.

According to international press freedom organization Reporters Without Borders (RSF), during her detention Mohammadi was moved from Tehran’s Evin prison to a prison in Zanjan, in northwestern Iran.

The journalist had “lodged a complaint against her immoral and illegal transfer,” her lawyer said.

Etemad newspaper said the activist had also claimed she was “beaten and harassed” in Evin prison.

“Instead of examining her complaint, justice officials opened another case against my client,” Behzadi-Rad said.

The European Union called the sentencing “a worrying development.”

The IRGC and Department of Defense’s missile exercise, a threat to the world’s agreement