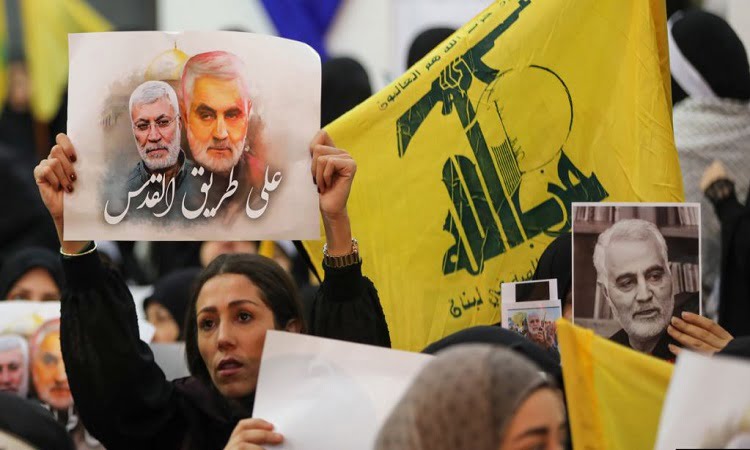 “They are warriors who have no borders… They are warriors who show their presence wherever needed.” That’s how Iran’s Supreme Leader Ayatollah Ali Khamenei described the Qods Force, the special operations unit of the Islamic Revolutionary Guard Corps (IRGC) during a Friday Prayer sermon in Tehran in January. Despite its name meaning Jerusalem in Arabic, the “Qods” (Quds) Force (and Iran’s security services more broadly), have not limited the scope of their networks and operations to the Arab world or the Middle East.Terror Network

As Washington thinks through escalation scenarios between the U.S. and Iran for the rest of 2020, Khamenei’s reference to the borderless nature of the Qods Force cannot be ignored.

It’s rare for Khamenei to address Iranians from the Friday Prayer pulpit; his previous sermon having taken place eight years ago in February 2012. Following a string of assassinations of Iranian nuclear scientists and escalating Western sanctions, Khamenei then claimed that Iran would respond to such threats with “our own threats… that when needed, God willing, will be applied.” Days later came attempted bombings of Israeli diplomats in Georgia, India, which Israel blamed on Iran and in Thailand, as well as attacks in Bulgaria by Iran’s Lebanese proxy Hezbollah that killed six people.

It’s likely that in the aftermath of the killing of Qods Force chief Qassem Soleimani, Iran will revert to this tried and true terror playbook.

Already, IRGC officials in Iran, as well as a constellation of Shiite militias in Iraq, promised to exact vengeance for their slain commander. But these sympathies are not limited to the Middle East and can be found even in places where Iran lacks significant sectarian affinity, like in the Balkans, for instance.

This January in Kosovo, a women was briefly jailed for inciting violence online after the killing of Soleimani. Such individuals could hypothetically provide Iranian agents, who have shown a willingness over the past four decades to work with the diverse likes of Sunni terrorists, Mexican drug cartels, and even disaffected Americans, a vector to achieve their aims against the West.