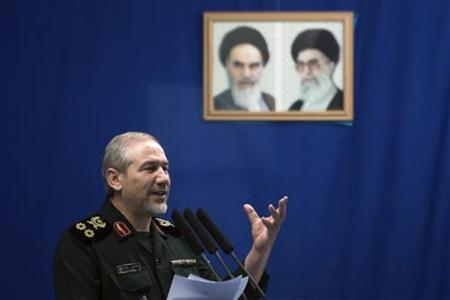 Iran has warned the United States not to resort to military action against it, saying U.S. bases in the region were vulnerable to the Islamic Republic’s missiles, state media reported on Saturday. 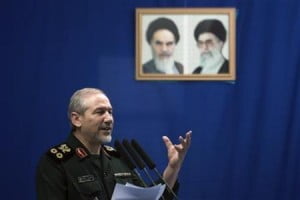 The comments by a senior Iranian military commander were an apparent response to U.S. officials who have said Washington was ready to use military force to stop what it suspects is Iran’s goal to develop a nuclear weapons capability.

World powers held talks with Iran in Baghdad on May 23-24 in an attempt to find a diplomatic solution to their concerns over its nuclear programme, which Tehran maintains is entirely peaceful. Another round was set for June 18-19 in Moscow.

“The politicians and the military men of the United States are well aware of the fact that all of their bases (in the region) are within the range of Iran’s missiles and in any case … are highly vulnerable,” Press TV reported Brigadier-General Yahya Rahim Safavi as saying.

Safavi is a military adviser to Iran’s clerical Supreme Leader Ayatollah Ali Khamenei and was until 2007 the commander in chief of Iran’s Revolutionary Guards, the force that protects Iran’s Islamic system of governance.

He also warned that Iranian missiles could reach all parts of Israel but played down any possibility of military action against his country as “faint” because of the current economic condition of the United States.

Analysts say Iranian military officials use such fiery rhetoric as a way of keeping the West on edge over the possible disruption to global oil supplies in the event of U.S. or Israeli military action.

Tehran has previously threatened to close the Strait of Hormuz – a vital crude shipping lane – if it is attacked, which experts say would result in a spike in the price of oil and could hit the U.S. economy as it seeks to recover from the financial crisis.

Last month the U.S. ambassador to Israel, Dan Shapiro, said plans for a possible military strike on Iran were ready and the option was “fully available”.

U.S. Secretary of State Hilary Clinton said Iran needed to take steps to curb its nuclear activities during the next round of talks in Moscow. Israel is sceptical any progress can be made and has accused Tehran of simply buying time.