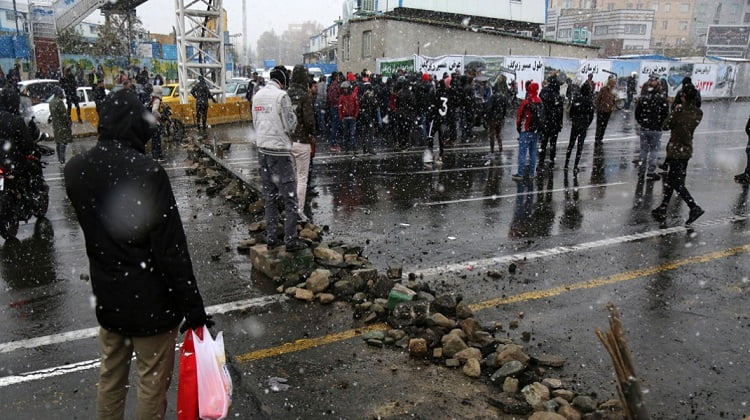 IRAN is operating a shoot-to-kill policy to crack down on protesters, a human rights organisation warned today. 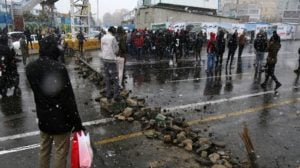 The Committee for the Defence of the Iranian People’s Rights (Codir) has called on international organisations to put pressure on the Iranian regime to halt the violence against peaceful demonstrations.

Codir assistant general secretary Jamshid Ahmadi told that Star that observers and doctors in the country have witnessed protesters shot in the heads and upper torso with military-issued ammunition.

Mr Ahmadi said: “Peaceful protests have been met with extreme and systematic violence from the police and security services across the country.

“According to the latest reports being secreted out of Iran, hundreds are dead and thousands have been wounded in a continuing brutal crackdown by the authorities.

“Many people are missing and there has been no official confirmation of the names of those killed, amidst a complete news blackout and internet shutdown across the country. Iran is effectively a country currently in lockdown.

“Hospitals are reporting that the majority of deaths and injuries are from gunshot wounds to the head and upper torso, underlining the widespread fears that the regime is operating a ‘shoot to kill’ policy.”

Iran’s Supreme Leader Ali Khamenei issued instructions that the protest movement be “crushed at whatever cost” on Sunday, according to reports.

At least 106 people have been killed in the nationwide protests over a sudden hike in fuel prices in 23 cities by security forces. The true number could be higher still.

Iranian officials also issued a warning yesterday that anyone sending information, documents or photos regarding the protests will be arrested on grounds of national security and charged with treason.