Iran war alert as Tehran taunts Trump – ‘Don’t dare attack us, we’re ready if you do!’ 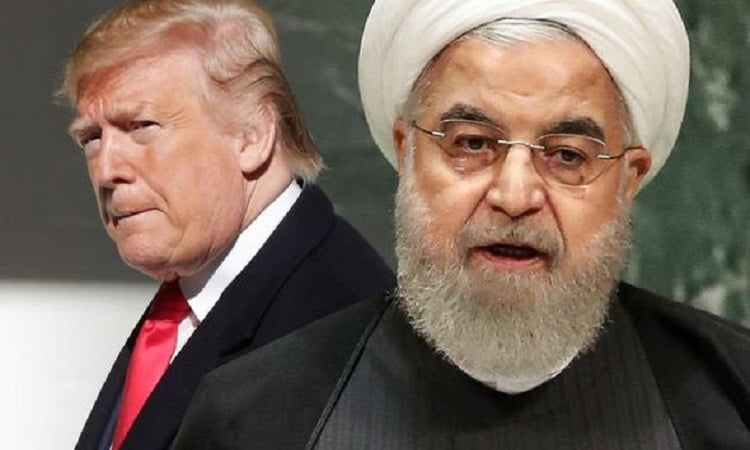 Iran war alert as Tehran taunts Trump - ‘Don’t dare attack us, we’re ready if you do!’

DONALD TRUMP “would not dare” attack Iran because military commanders in Washington were wary of the country’s military power, a senior Iranian minister has claimed. 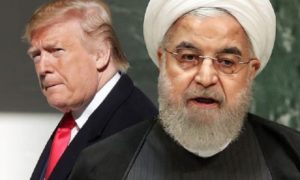 Iran war alert as Tehran taunts Trump – ‘Don’t dare attack us, we’re ready if you do!’

Meanwhile the country’s political leader, Hassan Rouhani, reopened his war of words with Donald Trump by claiming: “He can’t be trusted.” Relations between Washington and Tehran have taken a significant nosedive in recent years, especially since Mr Trump pulled his country out of the Joint Comprehensive Plan of Action (JCPOA) aimed at preventing Iran developing nuclear weapons, citing repeated violations.

The USA consequently imposed stringent sanctions targeting Iranian oil experts, while Mr Trump said earlier this year he called off an airstrike over concerns about the heavy number of casualties which would result.

He said: “We are fully confident because we are completely prepared.”

Iran was ready to defend itself, a fact the US was fully aware of, Mr Araqchi said.

He added: “In my view, they do not dare to make aggression against us and as a result, we believe that there will be no war to break out in the region.”

He said: “The enemies should know that they will receive a harsh, firm and decisive response to any aggression or move against the country and the Islamic Revolution.

“30 years after the end of the Iraqi-imposed war, no country dares to fire even a single bullet against us and this shows that the enemy is well aware of the Islamic Republic’s power and might.”

Similarly, in February, Major General Mohammad Hossein Baqeri, the Iranian Armed Forces’s chief of Staff, said Iran’s enemies did not dare to attack his country due to its high defense capabilities and preparedness.