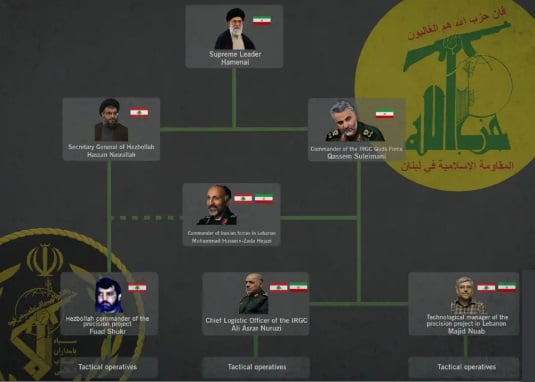 The report said that “Tehran continued to allow an al-Qaeda facilitation network to operate in Iran, which sends fighters and money to conflict zones in Afghanistan and Syria.”

The US State Department’s new report on terrorism lists the Islamic Republic of Iran as the top international state-sponsor of terrorism and cites Tehran’s work with facilitating the activities of Sunni terrorist organization al-Qaeda.

“Iran remains the world’s worst state sponsor of terrorism,” noted the document titled, “Country Reports on Terrorism 2018” that was released on Friday. “The regime has spent nearly one billion dollars per year to support terrorist groups that serve as its proxies and expand its malign influence across the globe. Tehran has funded international terrorist groups such as Hezbollah, Hamas and Palestinian Islamic Jihad. It also has engaged in its own terrorist plotting around the world, particularly in Europe.”

The report said that “Tehran continued to allow an AQ [al-Qaeda] facilitation network to operate in Iran, which sends fighters and money to conflict zones in Afghanistan and Syria, and it has extended sanctuary to AQ members residing in the country.”

“At the same time, the United States and its partners continued to pursue al-Qa’ida (AQ) globally, and the United States applied maximum pressure on Iran-backed terrorism, significantly expanding sanctions on Iranian state actors and proxies and building stronger international political will to counter those threats,” the State Department said.

Germany and the EU have refused to designate Hezbollah’s entire organization a terrorist group. According to German intelligence reports reviewed by The Jerusalem Post, 1,050 Hezbollah members and supporters operate in Germany. The Hezbollah operatives raise funds for Hezbollah in Lebanon, recruit new members and spread antisemitic and jihadi ideologies in Europe. The Netherlands, Canada, the US, Israel, Britain and the Arab League proscribed Hezbollah’s entire entity a terrorist organization.

“Hezbollah remained Iran’s most powerful terrorist partner and the most capable terrorist organization in Lebanon, controlling areas across the country,” wrote the State Department’s counterterrorism experts. “Iran’s annual financial backing to Hezbollah – an estimated US $700 million per year – accounts for the overwhelming majority of the group’s annual budget. Hezbollah’s presence in Lebanon and Syria continued to pose a threat to Israel.”