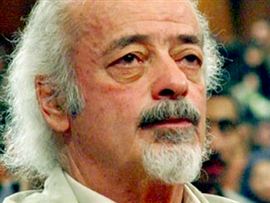 A former chancellor of Tehran University charged with waging war against God has told the court hearing his case that it is illegal, RFE/RL’s Radio Farda reports.

Mohammad Maleki, who is accused of undermining Iran’s Islamic system, was summoned to Tehran’s Revolutionary Court over the weekend.

Maleki told Radio Farda on August 3 that at first he refused to appear in court because he considers the sentences the court hands down unlawful. He wrote to Judge Moghiseh of the 28th branch of Tehran’s Revolutionary Court to explain that decision, but Moghiseh rejected his explanation.

“I went to the court [on July 30] at the judge’s insistence…but told him that I did not recognize that court as it was illegal,” Maleki told Radio Farda.

Maleki, 78, is among the oldest activists and intellectuals to have been arrested in the crackdown that followed the protests against the disputed 2009 presidential election.

He was held in Tehran’s Evin prison for 191 days — three months in solitary confinement — before being released on bail in March 2010.

The charges against Maleki include “enmity with God” — which carries a possible death sentence — deriving from his alleged connections to the exiled opposition group the People’s Mujahedin Organization of Iran (MKO); insulting the founder of the Islamic Republic, Ayatollah Ruhollah Khomeini, and Supreme Leader Ayatollah Ali Khamenei; and acting against national security.

Maleki said he denied all the charges brought against him. He said he has never had any organizational ties whatsoever with the MKO or any other groups or parties.

Regarding the second charge, Maleki said he told the court he had not “insulted” but “criticized” the authorities, which he considered his duty. “As for the ‘acting against national security’ charge, I just laughed,” Maleki said.

Maleki was the first chancellor of Tehran University after the 1979 Islamic Revolution. He suffers from prostate cancer and heart disease.

US sanctions smuggling network financing IRGC and Houthis in Yemen

‘Leaders of sedition have a popular base’