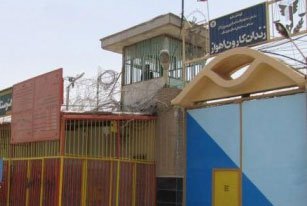 NCRI – The Iranian regime’s judiciary in south-western city of Ahvaz has handed down heavy sentences to four Iranian Arab activist who had already spent 31 months in prison under torture.

The branch of Revolutionary Court in Iran has sentenced Hassan Abayat, 56, to life prison, Idan Bet-Sayyah,37, to 10 years imprisonment and Jassem Swaaedi,30, and Khaled Obeidavi,29, each to 5 years imprisonment for “waging war against god” and forming an organization in opposition to the regime.

The four had been forced to make a TV confession admitting injuring a regime’s security agent in 2012, but later the charges were dropped.

It is reported that injury signs on bodies of the activists shows the extent of physical torture by the Iranian regime’s henchmen.

The National Council of Resistance of Iran, recently in a report titled “Human rights in Iran during first year of Hassan Rouhani’s ‘moderate’ presidency“ reported, “of the 38 political prisoners hanged in the first year of Rouhani’s Presidency, twenty-four were Baluchi activists, eight were Ahvazi Arabs, and five were Kurds.

For Iran’s women’s movement, progress is slow. But it’s progress.