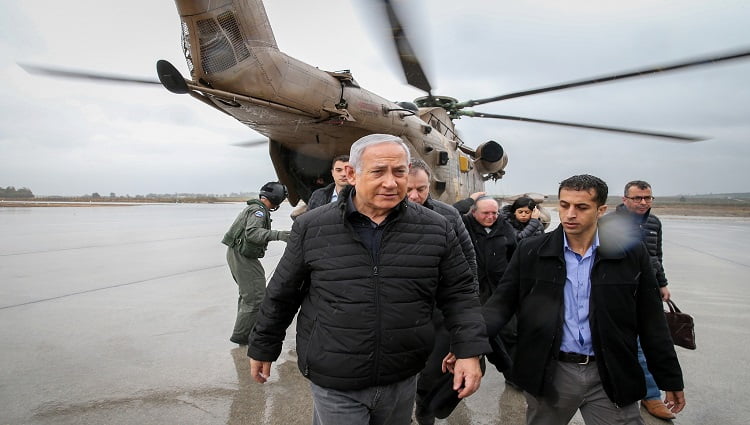 IRANIAN COMMANDER: ALL OF ISRAEL WITHIN REACH OF HEZBOLLAH'S MISSILES

All of Israel is within range of Hezbollah’s missiles, Commander of the Islamic Revolution Guards Corps (IRGC) Maj.-Gen. Mohammad Ali Jafari said in an interview with Iranian media on Sunday.

“While they once dreamed of their territorial expansion from the Nile River to the Euphrates River, and they were after realizing this wish in the past 50 years, today you can see that they have been unable to expand their land even for an inch; they even have lost some of the territories they had already occupied and are under full siege from all around their borders,” he continued.

Israel and Hezbollah last fought a war – the Second Lebanon War – in 2006, and has since then morphed from a guerrilla group to an army with a set hierarchy and procedures. With the help of Iran, it has rebuilt its arsenal since 2006 and has hundreds of thousands of short-range rockets and several thousand more missiles that can reach deeper into Israel.

“To put it in a nutshell, we can say that the enemy has not been successful in the region and all its plots and operations have ended up with nothing but failure for them and success for the Islamic Revolution and the Resistance Front,” Jafari said.

Israel’s air defenses currently include the Iron Dome, designed to shoot down short-range rockets, the Arrow system, which intercepts ballistic missiles outside of the Earth’s atmosphere, and the David’s Sling missile defense system, which is designed to intercept tactical ballistic missiles, medium- to long-range rockets, as well as cruise missiles fired at ranges between 40 to 300 km.

In early March, the IDF announced that the United States deployed its THAAD anti-ballistic missile defense system in Israel as part of a month-long joint drill

Built by Lockheed-Martin the THAAD system is considered one of the most advanced systems of its kind in the world, and during the drill will be added to the existing Israeli air defense systems which defend against long-range ballistic missiles, giving the IDF an opportunity to practice it’s integration in the IAF Air Defense Array.

Arbabsiar pleads not guilty in plot to kill Saudi ambassador

More Arrests Ahead of Elections

The Guards Entry into Political Affairs