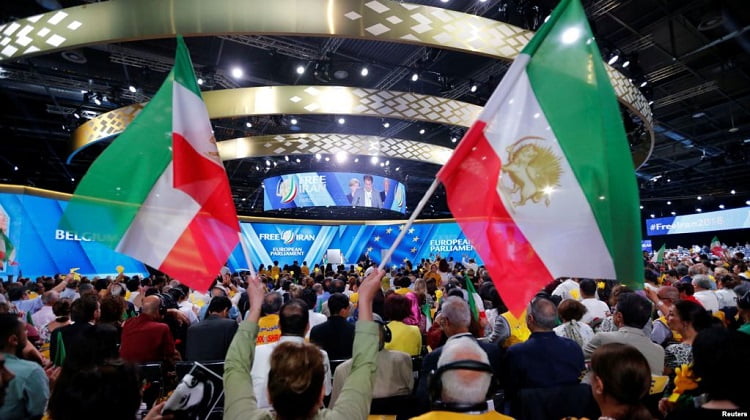 An Iranian diplomat who is the suspected mastermind of an attack that allegedly was planned on Iranians living in exile in France has been extradited from Germany to Belgium, security officials said.

Previously identified as Assadollah Assadi by AFP, the 46-year-old diplomat based in Austria was arrested in the southern German state of Bavaria on July 1.

He was extradited to Belgium on October 9 after a court in Bamberg approved an extradition request last week, police and prosecutorial officials said.

Assadi will appear before a Belgian judge in charge of the case on October 10, the Federal Prosecutor’s Office in Brussels told AFP. France announced last week it had frozen Assadi’s assets for six months.

Assadi is suspected of passing a device containing 500 grams of explosives to a couple living in Belgium who allegedly planned to use the explosives to carry out the terrorist attack.

The planned attack allegedly targeted a rally of the National Council of Resistance of Iran in the Paris suburb of Villepinte on June 30, which was attended by some 25,000 Iranians opposed to the government in Tehran.

A Belgian special unit stopped the couple in their car in Brussels allegedly before they could carry out the attack. German police arrested the diplomat the next day at a highway service station near the town of Aschaffenburg.

Iran last week strongly denied French accusations that one of its diplomats was involved in the alleged plot that took place just ahead of a visit to Europe by Iranian President Hassan Rohani.

Iran has accused one of the opposition groups participating in the rally, the Mujahedin-e Khalq Organization (MKO or MEK), of being a “terrorist” group and orchestrating a plot to discredit Rohani.