Many imprisoned Iranian journalists, stripped of their basic rights by the government, are going on long hunger strikes to draw attention to their plight in a country described by the Committee to Protect Journalists as the “world’s worst jailer of journalists”. 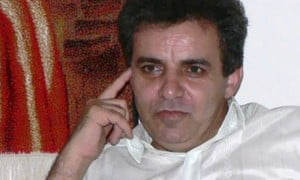 Mohammad Seddigh Kaboudvand, who was named the international journalist of the year at the British Press Awards in 2009, is on his third hunger strike after his 10th request to visit his ailing son in hospital was turned down.

Kaboudvand’s son Pejman was diagnosed with a rare blood condition and has been “gravely ill” in a Tehran hospital for five months, putting the family under immense emotional and financial pressure.

In a letter smuggled out of Evin prison last week, the 50-year-old Kaboudvand said he had been left with no option but to go on hunger strike since the authorities had withheld all news about his son’s condition and continued to deny him temporary leave to visit him.

Speaking by phone from Tehran, Kaboudvand’s wife, Parinaz Husseini, told the Iran Blog she was very worried about her husband’s health and did not understand why the authorities were blocking his request to see his son.

“Maybe the reason for their refusal is his Kurdishness or the fact that he has refused to repent and ask for forgiveness from the authorities,” she said.

Kaboudvand, who himself suffers from multiple serious health problems, is serving an almost 11-year prison term, which began in July 2007, for “acting against national security by establishing the Human Rights Organisation of Kurdistan and proposing a campaign to boycott the 9th presidential election” which brought Mahmoud Ahmadinejad to office in 2005.

He is among many other journalists and political activists in prison who need immediate medical attention. Mohammad Mehdi Zalieh Naghshbandian, a Kurdish activist who spent 18 years behind bars for allegedly co-operating with a Kurdish opposition group, died last week of serious health complications in Rejai Shahr prison, a notorious facility in Karaj, near Tehran.

In January 2009, Human Rights Watch awarded Kaboudvand the Hellman/Hammett grant and described his imprisonment as a “harsh testimony to the plight of journalists, dissidents and other peaceful critics in Iran today”.

After Iran‘s disputed presidential elections in 2009, Kaboudvand’s lawyer, Nasrin Sotoudeh, said his situation was “the most difficult conditions ever imposed on a prisoner”. Sotoudeh has since joined her client in prison, having been sentenced to 11 years for plotting against the national security.

Amnesty International has described the government’s blocking of Kaboudvand’s request to visit his son as “cruel and unjust” and has called on the authorities to allow Kaboudvand “to spend this difficult time with his family in dignity”.

Despite his high profile, it seems doubtful that Kaboudvand will be able to see his son and there is a real fear that he too will end up in hospital if his hunger strike continues for much longer.