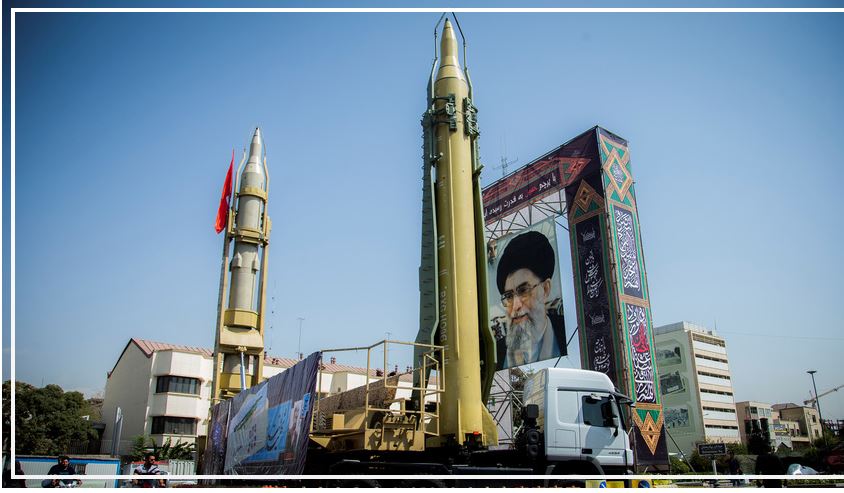 Once again, Iran’s Supreme Leader Ayatollah Ali Khamenei has emphasized that Tehran will not negotiate with the West over Iran’s ballistic missile program.

At a joint graduation, inauguration and epaulet-granting ceremony for cadets of Iran’s Army Academies on Oct. 25, Ayatollah Khamenei refused any negotiation over Iran’s “defense” power.

While the US administration has signaled ambivalence about Iran’s implementation of the Joint Comprehensive Plan of Action (JCPOA), the White House has urged Tehran to come to the negotiating table to reach an agreement over limitations on its ballistic missile program.

“We have repeatedly announced and declared once more that the country’s defensive means and power are not up for negotiation and bargaining,” said Ayatollah Khamenei at the ceremony, adding, “When it comes to defense equipment and whatever [means] that backs up the national power, we have no bargaining and transactions with the enemy and will continue on the path of power with more strength than before.”

He added, “They oppose the development of the Islamic Republic of Iran’s power in our region and beyond because it is the country’s strategic depth.”

Noting Iran’s “enemy’s desire for dominance in the region,” Ayatollah Khamenei said, “The Islamic Republic glorified and dignified Iran. Today our fight with the arrogant powers is over their desire to dominate our region. The most pivotal element of our national sovereignty is viewed as an intrusive element by our enemies — one that needs to be fought against.”

Following US President Donald Trump’s Oct. 13 address, in which he decertified Iran’s compliance with the JCPOA and announced new measures against the Islamic Revolutionary Guard Corps (IRGC), the parallel Iranian army has sought to stand behind the IRGC.

“We are committed that the army will not leave the Revolutionary Guard, so that the foundations of the [Zionist] regime will fall, and the life of the Zionist regime comes to an end as soon as possible,” said Maj. Gen. Abdolrahim Mousavi at the Oct. 25 ceremony.

On the same day, at a ceremony to commemorate the Iranian fighters who have been killed in Syria, Hossein Salami, the deputy commander of the IRGC, said, “There is no sign of a military option [against Iran] in the words of the Americans, and on the contrary, there is talk of [the US] resorting to its partners to curb Iran’s power.”

He added, “The recent speech of the president of the United States indicated the emergence of an irresistible power [Iran] that … maintains its political presence and has become a powerful regional backbone.”

Mentioning the US president’s apparent determination to undermine the nuclear deal, Salami added, “No one else is willing to trust the United States anymore, and it is not possible to reach an agreement in which the US is a party, because … the credibility and trust of this power is gone.”

Salami added, “The enemy does not understand logic and does not have affection and feelings. It only understands the language of power and weapons: [thus] we should speak with [the enemy] based on this logic.”
Source: Al Monitor – Iranian leader refuses any negotiation over ballistic missiles

Prison authorities deny use of torture

Iran will not give a diplomatic response

IRGC Commander Responds To Threats Against New Qods Force Chief: ‘No One Will Be Safe!’

For Baha’i educators, a lesson in power from Iran