Posted By: on: August 24, 2014In: Executions, Human Rights
Print Email 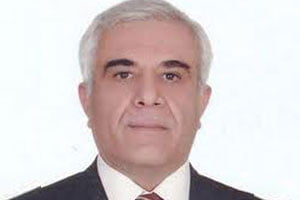 NCRI – Iranian political prisoner Arzhang Davoodi who has been recently sentenced to death after nearly 11 years in prison, has not been receiving medicine as he suffering from diabetics.

Mr. Davoodi learned from his lawyer on 20 July 2014 that he had been sentenced to death for his alleged membership and support for People’s Mojahedin Organization of Iran (PMOI/MEK), Amnesty International said in an Urgent Action on 24 July 2014.

The rights group said: “The sentence was imposed despite an apparent lack of evidence and after grossly unfair proceedings.”

Amnesty said: “He is believed to have been accused of having ties with the PMOI (MEK) merely because in prison he insisted on calling PMOI by its official name, Mojahedin, rather than by the term used by the Iranian authorities, Monafeghin (hypocrites).”

Mr. Davoodi, wrote a letter in July to the United Nations Secretary General demanding the UN to investigate his death sentence.

Mr. Davoodi wrote: “The sentence in all these court cases that have been lead to this unjust sentence are in contradiction to the United Nations Charter and also the regime’s constitution. Therefore I would like the impartial international jurists review them as an example so that once again be clearly proven that to what extent the words and actions of the ruler’s in Tehran contradict each other.”

United Nations human rights expert said on August 8: “Mr. Arzhang Davoodi was recently sentenced to death on the charge of ‘Moharebeh’ (enmity against God), in connection with his alleged membership and support to an Iranian dissident group, an allegation based on a comment he made about the group.”

“It is completely unacceptable that an individual be sentenced to death on charge of Moharebeh for merely speaking one’s opinion,” a UN expert said on August 8.

Mr. Davoodi, 61, from the city of Abadan and an engineer from University of Texas, was arrested in November 2003

IRGC: Cyber forces can easily access the most secret information of the enemy

No vacation for the 60 years old political prisoner

What the IRGC is Looking for in Iran’s Pharmaceutical Drug Market?