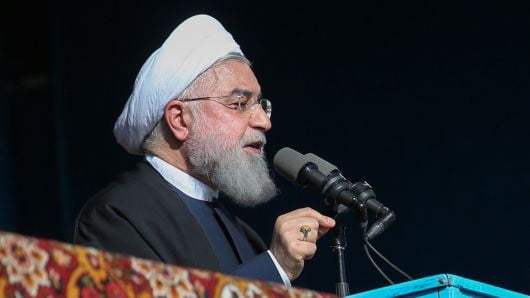 Iranian President Hassan Rouhani threatened on Tuesday to close the strait of Hormuz, the world’s busiest sea lane for oil shipments, if the United States moves to block the Islamic Republic’s oil exports. 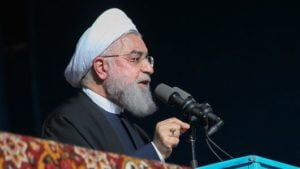 In an interview with Iranian State TV President Hassan Rouhani was quoted as saying: “if someday, the United States decides to block Iran’s oil [exports], no oil will be exported from the Persian Gulf.”

The Trump administration restored sanctions on Iran’s energy industry on Nov. 5. The administration is trying to choke off Iran’s economy in order to pressure Tehran to accept tighter restrictions on its nuclear program, cease ballistic missile tests and end its support for U.S.-designated terror groups.

The sanctions have already cut Iran’s exports by about 1 million barrels per day, but Rouhani is vowing to continue shipping crude.

The Strait of Hormuz is a key waterway for the transport of oil. In 2016, 18.5 billion barrels of crude passed through the waterway, or about one-third of all seaborne-traded crude oil, according to the U.S. Energy Information Administration.

This is not Rouhani’s first threat of taking such action. In July, Rouhani made similar comments that raised concerns about a confrontation in the Strait of Hormuz.

The Iranian president is facing pressure from hardliners to take a more aggressive stance towards the West since Trump withdrew from a 2015 nuclear accord, Rouhani’s top foreign policy achievement.

Iran has not made a serious attempt to close the strait since the 1980s. Iran threatened to shut down the Strait of Hormuz in 2011 and 2012, as President Barack Obama marshaled support for international sanctions on Iran over its alleged research into nuclear weapons development.

On designating the IRGC, Trudeau is two years too late

Reporters Without Borders names Iran as ‘2012 enemy of Internet’

Public Flogging of a Senior Teacher for Speaking out