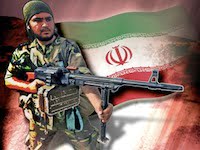 On Thursday November 25, two Kurd men were directly targeted by Revolutionary Guards Corps forces and were killed and injured.

According to reports, Sassan Faroki was killed by RGC forces while Khaled Farokhi was severely wounded.

Sassan Farokhi who was from the Saka Village in Salmas was targeted in his car by RGC forces and was killed. His uncle Khaled Farokhi was also severely wounded and is now in critical condition in the hospital.

Notably, they were only carrying three horses in their car and did not have any illegal goods but security forces shot them without warning and without telling them to stop. (Human Rights Activists in Iran – Nov. 30, 2011)

Refugees from the land of the Mullahs