Iranian regime is sending weapons and money to rebels 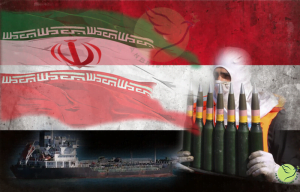 Iranian regime is sending weapons and money to rebels

A senior Yemeni security official told Reuters news agency that the Iranian regime had steadily supported the Houthis, who have fought the central government since 2004 from their northern stronghold of Sa’dah.

“Before the entrance into Sanaa, Iran started sending weapons here and gave a lot of support with money via visits abroad,” the official said.

A second senior Yemeni security official said “weapons are still coming in by sea and there’s money coming in through transfers”.

Iran, the first official said, saw that victory would be swift in Yemen, unlike in Iraq and Syria, and “with not too much expense”.

According to the Reuters report, a Western source familiar with Yemen also said the Houthis had been getting training and money.

“It’s been happening for over a year. We’ve seen Houthis going out to Iran and Lebanon for military training.”

“We think there is cash, some of which is channeled via Hezbollah and sacks of cash arriving at the airport. The numbers of those going for training are enough for us to worry about,” the source said.

A senior Iranian official told Reuters that the Quds Force, the external arm of the Iranian regime’s Revolutionary Guard, had a “few hundred” military personnel in Yemen who train Houthi fighters.

He said about 100 Houthis had travelled to Iran this year for training at a Revolutionary Guards base near the city of Qom. It was not immediately possible to verify this claim.

The official said there were a dozen Iranian military advisers in Yemen, and the pace of money and arms getting to the Houthis had increased since their seizure of Sanaa.

“Everything is about the balance of power in the region. Iran wants a powerful Shi’ite presence in the region and that is why it has got involved in Yemen as well,” said the Iranian official.

A senior commander of the Iranian regime’s Revolutionary Guards admitted on December 6 the regime’s meddling in Yemen as well as other countries of the region by creating proxy groups.

Brig. Gen. Hossein Salami, Deputy Commander of the IRGC, stated that groups like Hezbollah are no longer only in Lebanon, but today such forces have been formed in Yemen and Syria.

“Until the last few years, we have witnessed only the forces of Hezbollah in Lebanon who could stand up against the West’s bullying; but today, a major force has been formed in Syria and Iraq, as well as the forces of Ansar Allah in Yemen; this shows the potential the Islamic Revolution has to re-take Muslim lands from Western powers,” Hossein Salami said, speaking at a gathering in the city of Ardebil on December 6.

Prior to this, speaking to a group of Yemenis, Ali Akbar Velayati expressed his support for the Houthis and Ansar Allah groups in Yemen.

He expressed his hope that Ansar Allah plays a role similar to that of Hezbollah in Lebanon which was founded by the Iranian regime in the 1980s.

Velayati said the freedom of Palestine passes through Yemen which, because of being situated at the Red Sea, the country has strategic importance.

On 3rd of January a news spread in social media regarding Qasem Soleimani and AbuMahdi Mohandes who has died by a US drone strike near Baghdad Airport and this was the end of their lives. In social media, especially Iranian users, there was a chaotic situation, some called of “the general of... END_OF_DOCUMENT_TOKEN_TO_BE_REPLACED