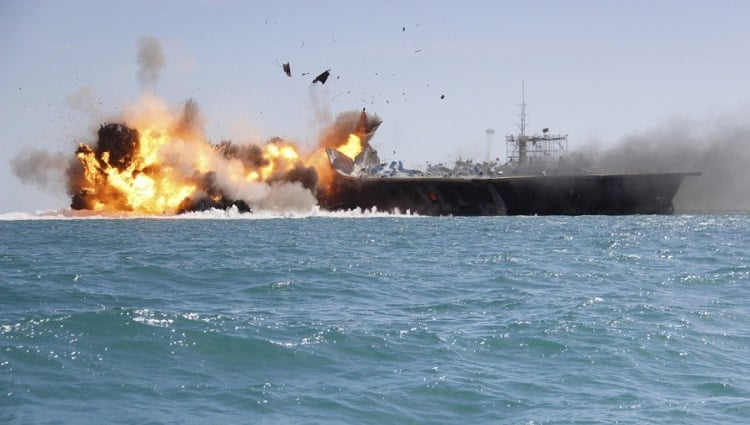 The escalation of the current crisis in the U.S.-Iran conflict continues with public statements directed to the United States from Iran, and the United States announcing its intention to send 1,500 troops on “defensive missions” in the Middle East (not infantry, but engineers, anti-aircraft batteries, etc.)

This follows the intensification of threats from Iran and suggests that the IRGCN (Iranian Revolutionary Guard Navy) is behind the strikes on Saudi tankers around the Fujairah port. Senior IRGC officials continue to threaten U.S. forces in the region. At the same time, diplomatic efforts by Iraq, Oman, and other Gulf States are attempting to dispel the tension between the parties. The Iranian foreign minister is visiting Iraq, and his deputy embarked on a visit to Oman, Kuwait, and Qatar.

Gen. Morteza Qurbani, special adviser to the commander of the IRGC and previously advisor to the Iranian Chief of Staff on the lessons of the war with Iraq, warned that if the U.S. forces stationed in the region attempted any foolish steps, even the most minor, “We would send them to the depths of the sea by means of missiles and the newest secret weapon that we possess.”1 Qurbani served as the commander of the 25th Karbala Division of the Special Forces, which carried out several distinctive operations during the Iran-Iraq war.

In the same vein, Gholam Ali Rashid, head of the Khatam al-Anbiya command (the construction corps of the IRGC, responsible, among other things, for national infrastructure projects in Iran) warned, “The enemy will pay a heavy price” if it does not reckon the power of Iran correctly.

Rashid added that it is impossible to discuss the security and stability of the Persian Gulf and the Strait of Hormuz without taking into account Iran’s national interests, including oil exports. Rashid addressed the Majlis (Iranian parliament) as part of the commemoration of the liberation of the port of Khorramshahr (in May 1982 during Operation Beit ol-Moqaddas, or “Jerusalem”) during the Iran-Iraq War.