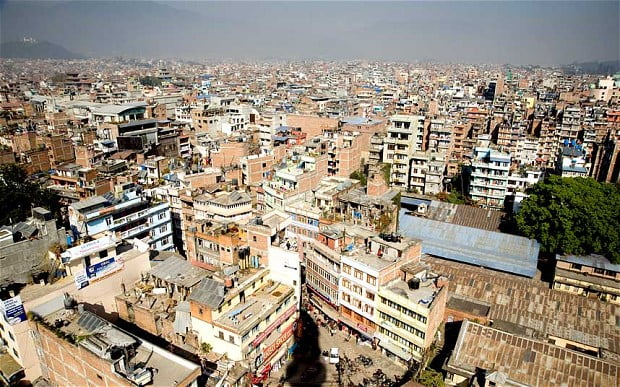 An Iranian man travelling on a fake Israeli passport is in police custody suspected of plotting a terrorist attack after being arrested outside Israel’s embassy in Nepal’s capital, Kathmandu, it has been reported.

They then handed him over to the Nepalese police, who established that he had entered the Himalayan country 10 days earlier on a false Israeli passport while concealing his genuine Iranian documents in his luggage.

Nepal’s central bureau of investigation has begun an investigation to establish possible terrorist links due to Mr Khosravian’s “frequent and suspicious visits” to the area near the Israeli compound, the Himalayan Times reported.

Mr Khosravian, who was carrying a tourist map of the neighbourhood when he was detained, initially told police he had been looking for a computer shop to repair his laptop.

He later admitted travelling from Iran to the Malaysian capital, Kuala Lumpur, where he had been given the forged passport that named him as “Alexander”. Subsequently, he flew to Sri Lanka, and from there to Kathmandu. Mr Khosravian had been living in Thailand since 2004 and is married to a Thai woman, according to the Himalayan Times.

But the newspaper, Maariv, concluded that the arrest was evidence that Iran was planning a “terror attack” in Kathmandu, which is a favourite location of Israeli tourists.

“The assessment is that the Iranians, apparently by means of the Revolutionary Guard’s Al-Quds Force, had been planning to attack either the Israeli embassy, some of its staff members or groups of Israelis who gathered in the city,” the newspaper wrote.

Investigators have implicated Iran in plots to simultaneously attack Israeli interests in India, Thailand and Georgia in February last year.

While the alleged conspiracies in Thailand and Georgia failed, the wife of the Israeli military attaché in Delhi was injured when a car bomb exploded near Israel’s embassy.

Officials in Bulgaria have blamed the Lebanese Shia group Hizbollah, Iran’s close ally, for a suicide bomb attack on a bus in the town of Burgas last July that killed five Israelis and the Bulgarian driver, along with the bomber.