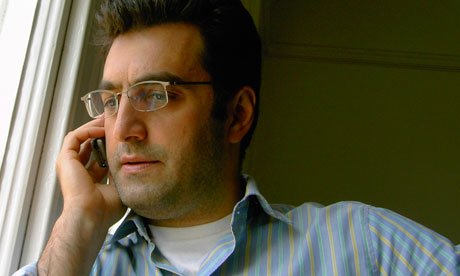 Ofcom has ruled that Iran‘s state-run Press TV is responsible for a serious breach of UK broadcasting rules and could face a fine for airing an interview with Maziar Bahari, the Newsweek journalist arrested covering the Iranian presidential election in 2009, that was obtained by force while he was held in a Tehran jail.

In July 2009 Press TV, which has a bureau in west London, aired what it said was an interview with Bahari following his arrest in the previous month, days after he had filed a report to Channel 4 News and Newsweek about an attack in Tehran during a post-election demonstration.

The UK media regulator has been investigating the complaint by Bahari, who spent 118 days in jail, since last summer.

In its ruling on the complaint published on Monday, Ofcom said it regards the breaches to be of a “serious nature” and is now considering if the case “warrants the imposition of a sanction”.

Bahari lodged a complaint with Ofcom in December 2009 which said the “interview” had been made “under duress”, after he was told by an interrogator that he was suspected of espionage and could face the death penalty unless he made a “televised statement about the role of the western media in the post-presidential election demonstrations”.

He was interviewed by three Iranian broadcasters, including Press TV, reading answers pre-prepared by his captors from a script. The footage from the “press conference” was aired in the UK by Press TV.

“Mr Bahari said that it would have been clear to all the broadcasters that he was giving the interview under duress,” according to Ofcom’s 10-page ruling.

Simons, Muirhead & Burton, the legal firm that represented Bahari, complained to Ofcom that the he was “treated unfairly and that his privacy was unwarrantably infringed in the making and broadcast of the programme”. The complaint also said Press TV did not seek Bahari’s permission to film and air the interview.

Press TV denied the interview was biased, saying Bahari did not “dispute the truth and accuracy” of the extract of the interview it broadcast, so it made “no logical sense” to claim it required his consent.

The broadcaster also said its policy was not to accept “scripted” interview questions from any third party or to “put pressure on an individual to give an interview or continue recording if an individual requested the recording to stop”.

In summary Ofcom said Press TV’s presentation of Bahari was unfair because it “omitted material facts and was placed in a context in which inferences adverse to Mr Bahari could be drawn”.

The media regulator also said that Press TV failed to get his consent and this “contributed to the overall unfairness to Mr Bahari in the item broadcast”.

Ofcom added that filming and broadcasting the interview without consent “while he was in a sensitive situation and vulnerable state was an unwarranted infringement of Mr Bahari’s privacy”.

Intelligence Ministry Using Those Convicted Of Espionage To Harass Prisoners

Who Are the Dual Nationals Imprisoned in Iran?

Why the US should not attack Iran: It’s what the Islamic Guards want and need