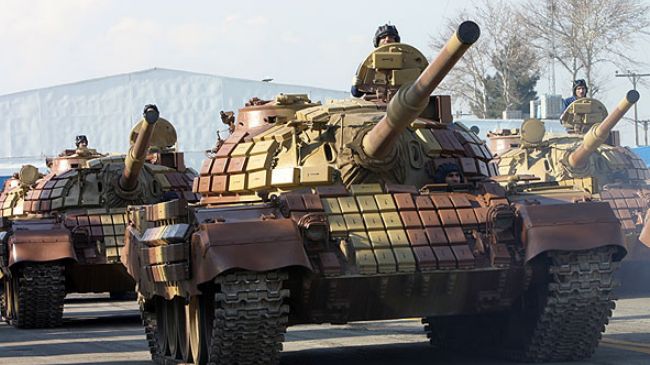 Iran’s Quiet Military Build Up – The Islamic Republic and the Ayatollahs have mastered a new tactic and strategy to achieve their ideological, geopolitical, hegemonic and strategic objectives: speak softly on the international arena, while quietly building up weapons and arm more militia groups.

While Iran’s state media outlets and Iranian officials had previously boasted about their military accomplishments, drone capabilities, nuclear technology, and power periodically, they have recently toned down their language and publicity. But does that mean the ruling Ayatollahs have given up on their nuclear ambitions to build a nuclear bomb and stopped their military operations and interference in other states?

In fact, a recent report reveals that the Islamic Republic continues to pursue the same geopolitical and strategic policies in order to achieve its objectives.

Iran has not substantively changed its national security and military strategies over the past year; however, Tehran has adjusted some of its tactics to achieve its enduring objectives. President Hasan Ruhani’s international message of moderation and pragmatism is intended to support these objectives: to preserve the Supreme Leader’s rule, counter Western influence, and establish Iran as the dominant regional power. Supreme Leader Ali Khamenei remains unchallenged atop Iran’s power structure as both the political-spiritual guide and the commander in chief of the armed forces.

Those who believe that the Islamic Republic is going to change its fundamental ideological, military, strategic, and hegemonic ambitions, are fooling themselves and they are not cognizant of the major pillars upon which this Islamist regime is founded upon. More recently, the Iranian Revolutionary Guard Corps-Quds Force (IRGC-QF) has covertly, tremendously increased its political and military influence in several countries in the region including in Iraq and Syria. Iranian leaders have also intensified their ties with Hezbollah and ratcheted up their arms delivery to Hamas. In addition, the Iranian military is delivering weapons to Judea and Samaria in order to ensure “the annihilation of the Zionist regime.”

According to the classified Pentagon assessment, IRGC-QF has built up its capabilities to carry out a terrorist attack in foreign countries as well:

Iran’s covert activities appear to be continuing unabated in countries such as Syria and Iraq. Despite Iran’s public denials, for example, other information suggests Iran is increasingly involved, along with Lebanese Hizballah, in the Syria conflict. The Islamic Revolutionary Guard Corps-Qods Force (IRGC-QF) remains a key tool of Iran’s foreign policy and power projection, in Syria and beyond. IRGC-QF has continued efforts to improve its access within foreign countries and its ability to conduct terrorist attacks.

When it comes to Iran’s nuclear defiance, long-range missiles, and technological nuclear capabilities, Iran has not given up on its ambition to build a nuclear bomb,  even after the nuclear interim deal between the Islamic Republic and the P5+1 (China, France, Russia, the United Kingdom, the United States, plus Germany) was reached.

Iran continues to develop technological capabilities that could be applicable to nuclear weapons and long-range missiles, which could be adapted to deliver nuclear weapons, should Iran’s leadership decide to do so. On 24 November, 2013, Iran agreed to a Joint Plan of Action (JPA) with the permanent members of the UN Security Council plus Germany (P5+ 1) that included enhanced monitoring of lran’ s nuclear facilities and a six-month halt to enrichment activities over 5 percent and further advances on the IR-40 Heavy Water Research Reactor. In public statements, some Iranian officials have minimized the JPA’s impact on the nuclear program.

In addition, while Iranian leaders and the Mullahs previously publicly threatened the world claiming that they would block or cause damage to the Strait of Hormuz, Tehran’s recent toning down of threats does not necessarily mean that the Ayatollah and ruling clerics have changed their strategy and goals.

The Strait of Hormuz is considered to be one of the most crucial strategic spots for global and international trade.  Approximately 20 percent of the world’s petroleum, and (nearly 35% of the total petroleum traded through sea), passes through the Strait. Any interference or military attacks on the Strait of Hormuz would skyrocket the price of oil and petroleum around the world, affecting the life of every citizen. The approximate price of a gallon of petrol in the gas stations ($4) can double or even climb to $10 a gallon.

Iranian leaders are increasing their abilities in “lethal symmetric and asymmetric weapon systems” as well as “anti-access and area denial (A2AD) capabilities” in order to strengthen control over the Strait of Hormuz. As the Pentagon assessment says,

The Obama administration needs to act more decisively and quickly before it is too late. If the Islamic Republic continues to build up its military and nuclear capabilities quietly, covertly and without pressure from global powers, it will impose tremendous geopolitical, strategic and economic repercussions for the world. At that point, Iran would be like North Korea, but with the additional capabilities to impact the world economy negatively, as well as play a role in arming more terrorist groups in the region. While recent assessments show that the Ayatollahs are using a different tactic – speak softly, but build up larger weapons and nuclear capabilities covertly — the Obama administration appears to still be hesitant in taking a decisive and robust stance towards the Iranian regime.