Iran’s elite Revolutionary Guard has warned of the dangers of dealing with U.S. officials, ahead of expected diplomatic 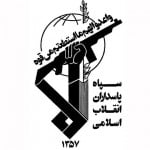 contacts, underlining the internal challenges President Hassan Rouhani could face to improve ties with the West.

Rouhani is expected to pursue a charm offensive in the coming week while in New York for the U.N. General Assembly in order to set the right tone for further nuclear talks with world powers which he hopes will bring relief from sanctions, according to diplomats and analysts.

Hours before leaving for New York on Sunday, the new Iranian president said that Tehran was ready for negotiations with Western powers provided they set no pre-conditions. He also said the world needed to accept Iran’s right to enrich uranium.

The Islamic Revolutionary Guard Corps (IRGC) military force was established to safeguard Iran’s revolution in 1979 and has since influenced political, social and economic affairs.

“Historical experiences make it necessary for the diplomatic apparatus of our country to carefully and skeptically monitor the behavior of White House officials so that the righteous demands of our nation are recognized and respected by those who favor interaction,” an IRGC statement said.

It added the IRGC would support initiatives that were in line with national interests and strategies set forth by Iran’s theocratic leader and highest authority, Ayatollah Ali Khamenei.
…

This looks more like a warning to Rouhani not to give up their nuclear weapons program that they deny having.   They may be prepared to remove him if he makes too many concessions.  At this point there is little reason to expect much more than further attempts to stall the West while the weapons programs go forward.  Those in charge of Iran have been acting in bad faith at negotiations for years, and Rouhani was one of their past negotiators.