Posted By: on: August 06, 2013In: IRGC Military Branches, Who is WHO in IRGC
Print Email

TEHRAN, IRAN -Iran’s powerful Revolutionary Guard is denying that it captured a foreign unmanned aircraft during a military exercise in southern Iran. 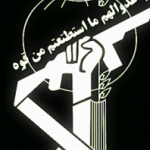 A spokesperson for the Guard, Yasin Hasanali, told The Associated Press that the drone was actually being used during the drill as a supposed enemy aircraft.

Iranian media on Saturday quoted a spokesperson for the Guard as saying that its electronic warfare unit had taken control of a foreign drone’s navigation system and forced it to land during the site of the military exercise.

Iran has claimed to have captured several U.S. drones, including an advanced RQ-170 Sentinel CIA spy drone in December 2011 and at least three ScanEagle aircraft.