BREAKING NEWS
GMT+2 09:41
Home Intelligence Ministry Iran’s Spies Are at War With Each Other 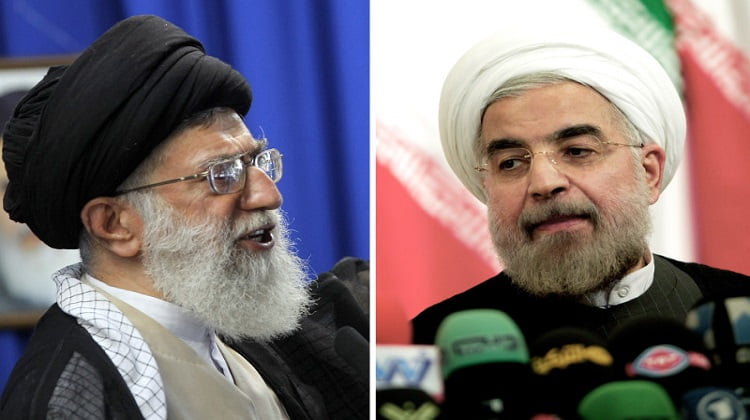 Political rivalry among Iran’s various factions is nothing new. Ever since the 1979 revolution and particularly after former President Mohammad Khatami’s unexpected electoral victory in 1997, moderate officials—including reformists and centrists now associated with Hassan Rouhani’s administration—have been vying with hard-liners and traditional conservatives known as “principalists” for a greater share of clout and resources in Iran’s labyrinthine system of governance.

Security officials were long believed to be firmly on the hard-line side of these disputes. Yet factional jockeying is now happening more conspicuously than ever within Iran’s sprawling intelligence apparatus. Two Iranian intelligence services are increasingly, and openly, at odds with each other. The rivalry has significant implications for Iran’s domestic politics and foreign policy.

While the U.S. “maximum pressure” campaign and growing threats of war are fueling nationalist sentiments across the political spectrum, they are also exposing the fault lines between the Rouhani administration and its Intelligence Ministry on the one hand and the Islamic Revolutionary Guard Corps (IRGC) and its intelligence organization on the other. The infighting is mainly over which body is better positioned to protect the country—and over which aspects of the country most need protecting.

The latest fuel for infighting came on Aug. 3, when BBC Persian aired a rare and exclusive interview with Mazyar Ebrahimi, a former prisoner in Iran who was jailed on suspicion of collaborating with Israel to assassinate four Iranian nuclear scientists between 2010 and 2012. His story shed new light on the workings of the Intelligence Ministry and its relationship with the IRGC. Above all, the interview undermined the conventional belief that the Intelligence Ministry is the “good cop”—the more rational and responsible actor—to its “bad cop” hard-line rival, the IRGC intelligence unit.

Ebrahimi spent more than two years in Evin Prison in Tehran from June 2012 to August 2014. During his imprisonment, he was brutally tortured into making confessions about his alleged complicity in the killings, in what now appears to be a systematic attempt by the Intelligence Ministry—led at the time by the firebrand cleric Heydar Moslehi—to save face after it failed to prevent the assassinations of the nuclear scientists. Ebrahimi’s forced confessions, along with those of 11 other suspects, were aired on state TV in a documentary dubbed The Terror Club. One of the more notorious inmates featured in the documentary was Majid Jamali Fashi, who was reportedly executed in May 2012.