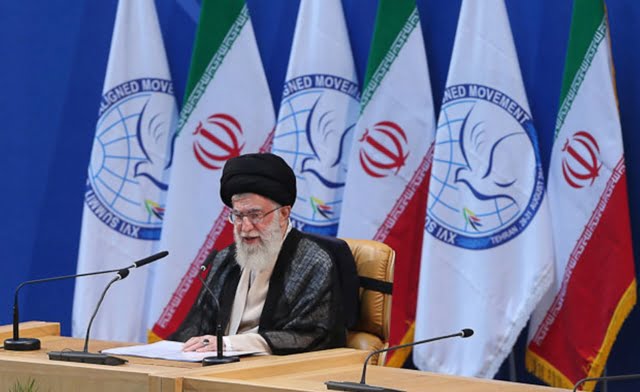 Iran’s Supreme Guide Ali Khamenei gave his instructions to the country’s Revolutionary Guard, and all its affiliated units, especially the Quds Force, to stop their activities worldwide, especially in Africa and Latin America, and to focus on the neighboring countries, Al Arabiya reported on Friday, citing a source at the Iranian Revolutionary Guard.

The Quds Force, an elite special operations unit, is an arm of the Guard that is active

abroad. The Quds Force is tasked with carrying out operations outside Iran — official and clandestine. It has several thousand members, and it is especially active in the Middle East, according to Western analysts

The source, who talked to Al Arabiya on the condition of anonymity, explained that the Supreme Guide fears a possible military strike against Tehran by Israel, on the one hand; and the grave financial effects of the international sanctions against Iran over its nuclear program, especially regarding the funds provided to the Revolutionary Guard and its affiliated units.

Israel and the West believe Iran is seeking to build a weapons capability under the guise of a civilian nuclear program, which it says would pose an existential threat to the Jewish state.

Israel, the Middle East’s sole, albeit undeclared, nuclear power, has refused to rule out a military strike to prevent Iran from developing a nuclear capability, but Washington backs continued diplomatic pressure and says it is not the time for military action.

‘I won’t back down an iota,’ Karroubi says

Hesam Firoozi & Other Activists under Torture in Evin Prison

Fearful of protests, regime targets the internet and phone lines

Iran claims West is using internet for spying, creates its own ‘halal’ network