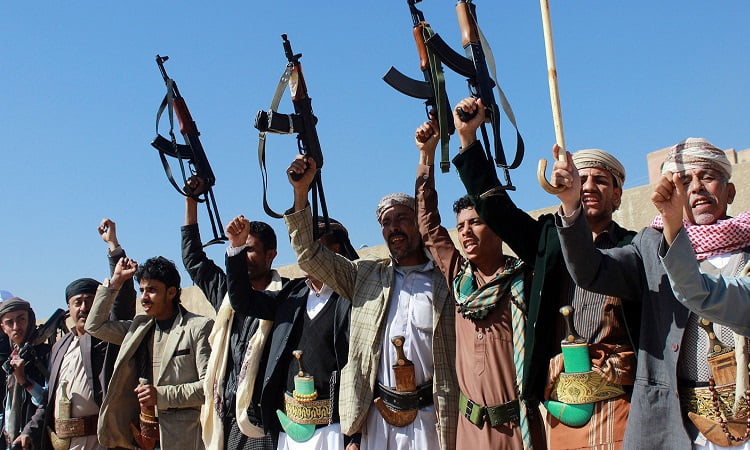 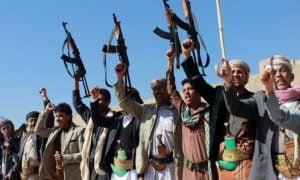 These attacks have included an oil pipeline, a desalination or power station, and several airports, many with a United States military presence.

Most notably, on May 14, seven Houthi drones attacked two oil facilities along the Saudi Aramco East-West pipeline. The attack caused minor damage, but temporarily halted oil flow through the important pipeline for several days. This pipeline, which stretches from the Persian Gulf to the northern Red Sea, is a vital strategic asset for Saudi Arabia because it allows oil flow to bypass vulnerability to Iran via the Persian Gulf, Strait of Hormuz and Gulf of Oman—where multiple recent attacks on oil tankers have occurred. The May 14 attack was a statement to the Saudi kingdom that none of its oil is safe—whether it travels through the Strait of Hormuz or not.

Saudi Arabia’s Najran Regional Airport was attacked by Houthi drones three days in a row beginning on May 21. The New York Times reported last year that Najran Airport also hosts a U.S. intelligence analysts base. The base is used to assist Saudi forces and U.S. troops deployed in the area. The attack by Qasef-2 drones targeted an “arms depot,” alleged “military aircraft hangars,” and an advanced U.S. Patriot surface-to-air missile battery. No damage or casualties were reported by Saudi officials.

Saudi Arabia confirmed on June 20 that Iranian-backed Houthi rebels in Yemen fired a “projectile” at a Saudi desalination plant. In the same attack, the Houthis Al-Masirah tvchannel reported that the rebels hit what it claimed to be a Saudi power station with a “cruise missile.”

On June 22, in another attack against the Ahba International Airport, a Houthi cruise missile hit the arrival lounge, injuring 26 civilians.

The Puppet Master
According to a U.S. military statement, an American MQ-9 drone was shot down from high altitude on June 6 by Houthi rebels with assistance from Iran. Lt. Col. Earl Brown, a spokesman for U.S. Central Command, said that the strike was a clear “improvement over previous Houthi capability.” How?