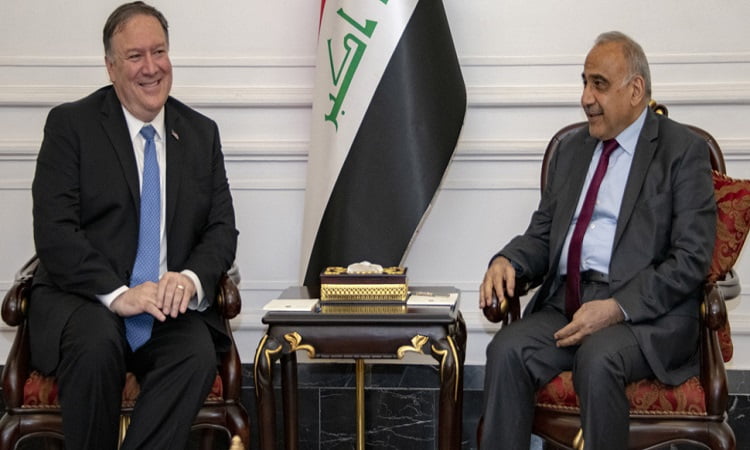 Iran is attempting to ease the economic pain of US sanctions by developing closer economic ties with its neighbor Iraq, which could leave America’s fragile Middle East ally falling increasingly under Iranian influence. 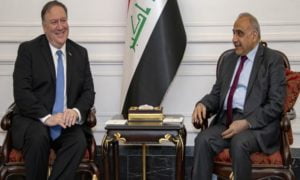 Iraq sees itself as a regional economic hub, establishing good trading relations with all its neighbors, and has stressed that it does not want to be part of any international or regional axes. Yet Tehran’s growing commercial relations with Baghdad may strengthen the Iranians’ already significant political leverage.

Sweeping US sanctions against Iran imposed last year after Washington’s withdrawal from the international nuclear agreement – which granted Tehran sanctions relief in exchange for curbing its atomic energy program – have caused considerable harm to Iranian finances.

The US was critical of the Joint Comprehensive Plan of Action for failing to address Iran’s ballistic missile program and “malign influence” across the Middle East. But the Trump administration’s ability to pressure Iran into addressing these issues as part of a renegotiation of the nuclear deal may be hindered by gaps in its sanctions regime.

For Tehran, Iraq’s dependence on Iranian gas, electricity, refined petroleum products and non-energy exports generates revenue streams that help it to limit at least some of the economic damage resulting from American trade and investment restrictions. Washington cannot do much to reduce Baghdad’s reliance on its neighbor. Pressuring it to do so risks destabilizing the politically volatile country, just as it recovers from the devastation wrought by Islamic State.

America has little option but to continue extending sanctions waivers for Iraqi purchases of Iranian electricity and gas to supply its generators because of the poor condition of Iraq’s power-generation facilities. The US wants Baghdad to wean itself off Iranian energy, but Iraqi officials say it could take several years to find alternative sources. It may take just as long to fix the country’s electricity infrastructure.

The critical importance of Iranian energy was underlined last summer when Iraq’s failure to pay its bills prompted Iran temporarily to shut off supplies, leaving many Iraqis with limited air conditioning as temperatures soared. The suspension contributed in part to rioting in the oil-rich yet impoverished Basra region, where locals also protested over corruption and the lack of drinking water and jobs.