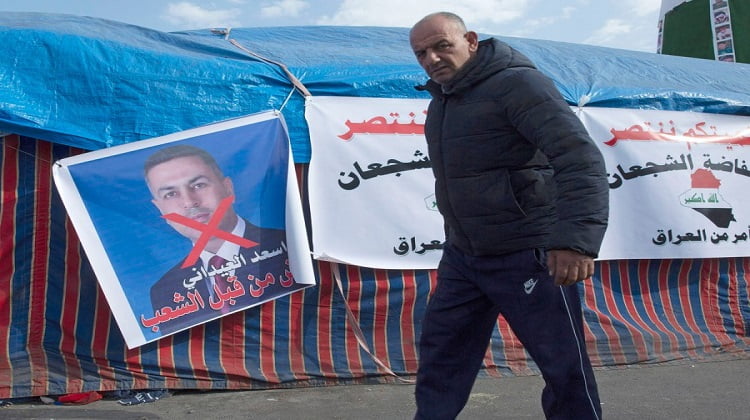 Iran-supported groups in Iraq blasted the country’s president Friday over his refusal to designate a prime minister candidate nominated by the Tehran-backed bloc in parliament.

Groups affiliated with the Fatah bloc accused President Barham Salih of implementing an American will to pull the country into chaos.

Salih has said he refused to appoint Asaad al-Eidani because of broad opposition by the anti-government protest movement.

Protesters poured into the streets Wednesday demanding an independent candidate.

Demonstrators first took to the streets Oct. 1 to call for the overthrow of Iraq’s entire political class over corruption and mismanagement.

The mass uprisings prompted the resignation of former Prime Minister Adel Abdul-Mahdi late last month. More than 450 people have been killed since October, the vast majority of them protesters killed by security forces firing tear gas and live ammunition.

The decision by Salih on Thursday not to appoint al-Eidani and his offer to resign threaten to plunge the country into further political uncertainty amid nearly three months of unprecedented mass protests.

A statement issued by the Hezbollah Brigades, or Kataeb Hezbollah, criticized Saleh’s move as “suspicious” adding that he “violated the constitution by refusing to carry out his duties by naming the person who was chosen by the parliament’s largest bloc.”

Salih said in a statement issued by his office that he would not name al-Eidani, the governor of southern Basra province, as the country’s next prime minister “to avoid more bloodshed and in order to safeguard civil peace.”