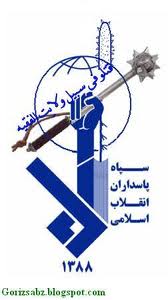 A member of the Iranian Revolutionary Guard Corps informed Fars News Agency, “Throughout this search, 10 people were identified in the village of Bahar who engaged in witchcraft, sorcery, black magic, and magic charms.” He added that the detainees were aged 35 to 70 years old, and seven of them belonged to one family. Based on this report, the Bahar Public Prosecutor has issued a verdict[AD1] for the detainees. “Items such as prayers, charms, special books, tools, etc. were discovered.”

According to the IRGC official whose name is not mentioned, these arrests were conducted within the framework of the National Security Commission, the Ministry of Interior, and other security organizations in order to fight “sects, superstitions, and false claims.” Based on this report, this case has about 30 private complaints. It is also said that these detained individuals would earn $25 to $75 for each visit by their clients