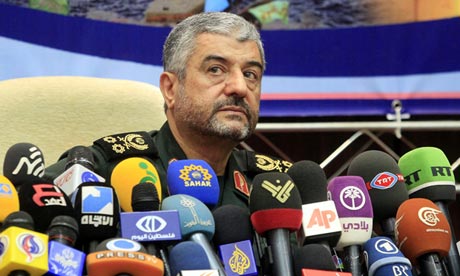 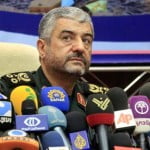 According to ISNA report, Jafari said on Sunday that regarding enemies’ situations, the possibility of a military operation against Iran is zero, that’s why the enemies started economic war against Tehran.

He said that IRGC is completely ready for defending the country against any invasion.

IRGC chief’s statement about impossibility of a strike on Iran appeared, when he said on Sep.22 that Israel will eventually go beyond threats and will attack Iran.

The statement was criticized by some Iranian authorities.

Iran is the major ally for the Syrian government which reportedly committed violence against opposition and people, which has left 30, 000 dead.

Earlier, Jafari said that some Iranian Quds forces, an elite branch of IRGC, are in Syria to help Bashar al-Assad’s regime.

During a press conference in Tehran Jafari said on Sep.16 that “everybody knows that IRGC has a special force, namely Quds, to export Islamic revolution and help Muslim communities in the world.

He said that some Quds members are in Syria, but it does not mean that we have military presence there.

Quds elite force is a branch of IRGC, tasked with exporting Iran’s Islamic revolution occurred in 1979 and responsible for IRGC extraterritorial operations.

Jafari said that Iran renders financial, counseling and mental health assistance to Syria, rather than military.

In response to a question whether Iran will react to foreign military strike on Syira regarding a security agreement between Tehran and Damascus, Jafari said that this depends on conditions and circumstances.