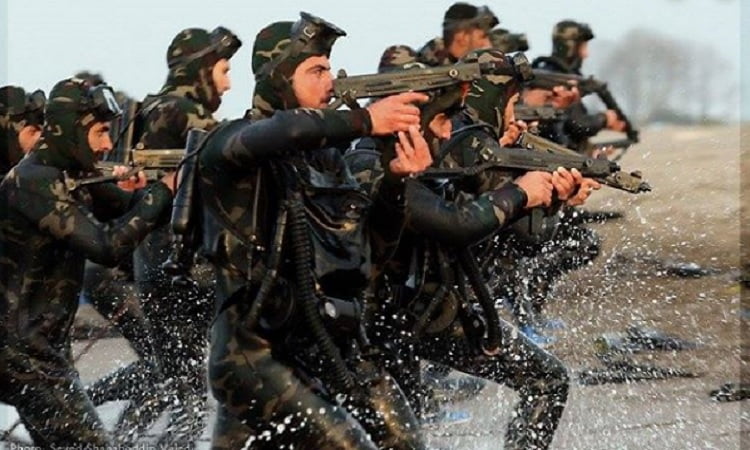 Chief of Iran’s Revolutionary Guard: If they threaten our commanders, none of their commanders will find a safe place.

The chief of Iran’s Revolutionary Guard on Monday threatened to retaliate against American and Israeli commanders if the US continues to threaten top Iranian generals.

“I warn them to withdraw from this field,” Gen. Hossein Salami told state television, according to The Associated Press, adding if they do not, they “will definitely regret it.”

Tensions have been on the rise between the US and Iran over the last few weeks, after the US killed Revolutionary Guard Gen. Qassem Soleimani, who headed the Quds force, in a drone strike outside of Baghdad’s airport in Iraq on January 3.

Salami’s comments came several days after the US special representative for Iran, Brian Hook, warned Soleimani’s successor, Esmail Ghaani, saying that “if he follows a similar path of killing Americans, he will meet the same fate.”

Salami said on Monday both the US and Israel should know that “if they threaten our commanders, none of their commanders will find a safe place” to live.

He added that Iran’s reaction to continued threats would be “completely different from the past” but did not elaborate.

Salami regularly threatens both the US and Israel. In November he warned that Iran would “destroy” the US, Israel and Saudi Arabia if they cross its “red lines”.

In February he declared that, in case of a new war, Israel will be defeated within three days.

In April of 2018 Salami warned the Jewish state that its military bases were within reach.

In October of that year, he issued a direct threat to Prime Minister Binyamin Netanyahu, advising him “practice swimming in the Mediterranean” because he would be forced to abandon his country.