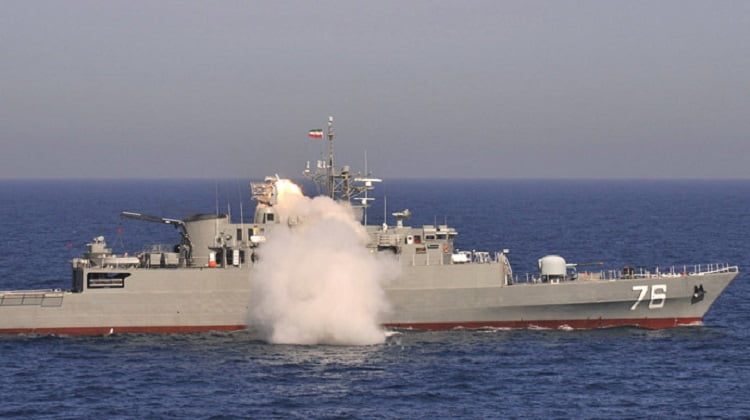 The deputy commander of the Islamic Revolutionary Guard Corps downplayed the risk of military conflict with the United States. Speaking at a June 27 IRGC ceremony introducing new commanders, Ali Fadavi said, “Despite the passing of 30 years since the end of the war [with Iraq] … no one has dared fire at us during this time.” He added, “The military strength of the Islamic Republic of Iran has resulted in America and its allies not daring to fire one bullet at us

Rather than a direct military conflict, however, Fadavi stressed that economic threats to Iran continue. “We still use a system that the Americans placed more than 40 years ago,” Fadavi said, stressing that Iran’s economy is a vulnerable area in which the United States can gain influence.
The IRGC’s aerospace force commander, Amirali Hajizadeh, also dismissed the possibility of direct military conflict with the United States. “Neither America nor any other country would have the audacity to invade Iran,” Hajizadeh said June 26. He added, “There is no will in the enemy [for a war] and this has been proven to everyone.” Hajizadeh held, however, that the United States remains a threat, particularly in the economic field, saying, “The prime problem in the country today is the economic war and under these conditions, all of the people and officials must mobilize to solve the problems.”
Tensions between the United States and Iran have escalated since Washington exited the Joint Comprehensive Plan of Action in May 2018, the nuclear deal between Iran and the five permanent members of the United Nations Security Council plus Germany. Iran recently shot down an American drone in the Persian Gulf that Iran says was in its territory, a claim the United States denies.