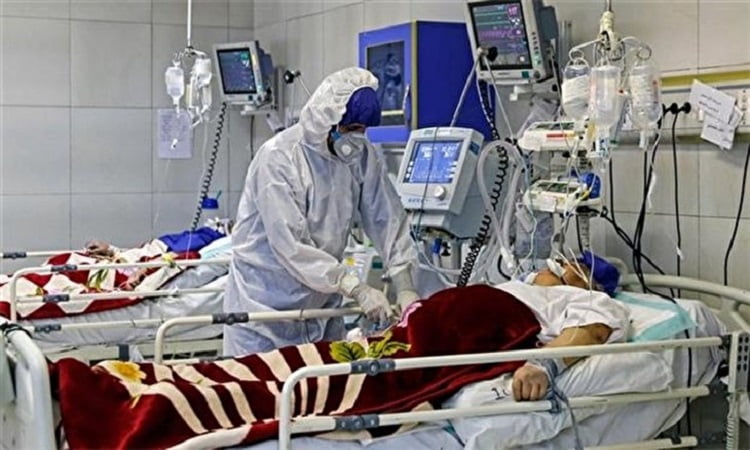 While numerous reports and videos from Iran indicate severe shortage of medical supplies, the Revolutionary Guards Corps (IRGC) is stockpiling masks and disinfectants and is selling them at 20 times their price to the public.

On March 2, the Iranian regime’s Health Minister Saeed Namaki said in a letter to the Minister of Industry, “The problem of health masks is still not resolved and an intertwined network of hoarding masks is selling its products at ten times the price,” as reported ISNA news agency.

Ebrahim Raisi, the head of the judiciary and one the key players of the 1988 massacre of 30,000 political prisoners, said on March 1 in an interview with state-run television: “I recommend the prosecutors across the country to show no mercy to those who stockpile.” But the regime has taken no measure to prevent the IRGC’s hoarding of health material, and instead authorities are cracking down on local retailers to create the impression of serving justice.

According to state-run media, presently in Kerman, a health mask that used to cost 2,000 rials is now sold at 60,000 rials, 30 times its original price. The situation in Tehran and other cities is the same and some reports indicate that in some places, masks are being sold at 150,000 rials.
Meanwhile the judiciary and other institutions intimidate those who due to lack of health facilities create self-made masks.
The website Khabar Fori (Urgent News) reported on March 2 that the Iranian regime has arrested dozens for manually making face masks and competing with state-run companies.

Numerous videos shared on social media in recent days show people in long lines waiting to buy masks and sanitizers amid a severe shortage of such items in stores and pharmacies.

Social media users have also reported that the regime is selling the supplies sent by European countries to Iran for humanitarian support during its COVID-19 crisis, instead of giving it to Iranians in their time of need.
In another video shared online, a man says he bought a German alcohol-based disinfectant from the black market.

Iranian journalist arrested at his home

Asylum seekers willing to die rather than return to Iran

Iranian attack on US drone – payback for Khartoum bombing