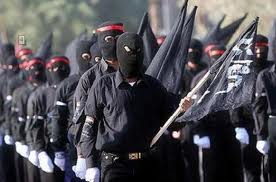 Posted By: crazydeadon: November 04, 2009In: History of IRGC
Print Email

Iran, through the IRGC, maintains an extremely close patron-client relationship with the armed terrorist elements of Hizballah. The overarching ideology of the terrorist organization is so closely linked with the Iranian regime that members of its leadership regularly brag about their obedience to Iranian Supreme Leader Ali Khamenei.[1] While Iran supports terrorist organizations across the globe, Hizballah is by far the largest recipient of Iranian support. According to U.S. intelligence, Iran views Hizballah as the “model” for other terrorist groups and provides the organization with financial aid, training and weaponry.[2]

The Iranian Revolutionary Guard Corps is the vehicle for Iranian support for Hizballah. According to the State Department report on terrorism, Iran relies on the IRGC-Quds Force to cultivate and support terrorist organizations across the world. According to the State Department annual report on terrorism, the Quds force provides weapons, training, and financial aid to Hizballah.[3]

The report elaborated that Iran provided Hizballah with $200 million and trained over 3,000 Hizballah operatives in 2008 alone. This funding and training was provided via the Quds force.[4] The Directory General of the Islamic Union in Lebanon – a Hizballah dominated, nominally broad-based Islamist coalition – explained that this training “lies at the heart” of Hizballah’s connection to the IRGC.[5]

In addition to designating the IRGC-Quds Force as a Specially Designated Global Terrorist, the U.S. Treasury Department has sanctioned a number of individuals involved with the IRGC for their direct role in supporting terrorism. In July 2009, the Treasury sanctioned Abu Mahdi al-Muhandis, advisor to Quds Force commander Qasem Soleimani, for providing material support to Hizballah, Hamas and other U.S. designated terrorist organizations.[6]

According to most intelligence estimates, Hizballah’s arsenal includes upwards of 42,000 long- and short-range rockets. The IRGC has assisted in this rearmament in direct violation of U.N. Security Council Resolution 1701 which ended the fighting between Israel and Hizballah in the summer of 2006. Iran smuggles weapons to Hizballah via Syria, Turkey and Armenia. In the summer of 2008, a military convoy exploded as it left a munitions warehouse in the Tehran suburb of Khavarshahar. According to reports received by Western officials, the warehouse was controlled by the IRGC and the shipment was intended for Hizballah.[7]

The IRGC has recruited and trained members of Hizballah and has facilitated drills in southern Lebanon. According to a report in the Kuwaiti daily A-Siyasa, over 200 IRGC agents operate in Iraq, Bahrain and the United Arab Emirates in order to recruit and fashion cells of Hizballah operatives.[8] Senior Quds Force commander Qasem Soleimani also reportedly oversaw a Hizballah drill in southern Lebanon in the middle of November of last year.[9] These two reports indicate that the IRGC leadership is well integrated into Hizballah’s training structure.

The IRGC is heavily involved in the training, supply and financing of Hamas and the Palestinian Islamic Jihad. The IRGC’s Quds Force according to the U.S. State Department’s annual terrorism report provides “aid in the form of weapons, training, and funding to Hamas and other Palestinian terrorist groups.”[1]

In 2002, Israel naval forces seized the vessel Karin-A off the coast of Gaza. The vessel, which intelligence reports indicate was arranged by the IRGC, contained fifty tons of weapons intended for Hamas and other Palestinian terrorist groups.

In October 2006, then-Hamas Interior Minister Said Siyam reportedly signed an agreement with the IRGC to transform Hamas’ military wing into an adjunct IRGC force. The cost of the training was said to be $60 million.[2] The IRGC has provided military training for Palestinian terrorist groups in Gaza as well as bringing terrorists to camps in Lebanon and Iran for training.[3]

In February 2007 Khaled Mashaal, Hamas’s supreme leader, traveled to the Sudanese capital, Khartoum, to meet senior Quds Force officials to discuss setting up a supply route to enable Iran to smuggle rocket-propelled grenades, anti-tank missiles, guns and explosives from Iran, through Africa and through the border between Gaza and Egypt.[4]