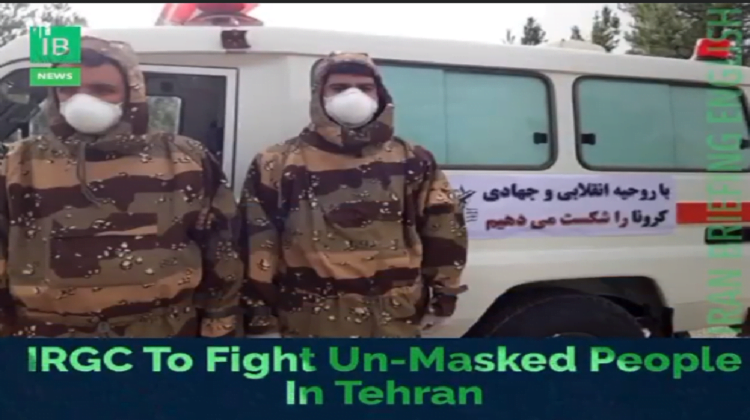 #iranbriefing / The commander of the Islamic Revolution Guards Corps (IRGC) of Greater Tehran, Mohammad Reza Yazdi, announced the formation of a special coronavirus-related unit called “Enjoining the Good and Forbidding the Evil.”

The unit will deal with people who are inattentive to observing health protocols in public places, said Brigadier General Yazdi, who commands the Tehran province’s #IRGC forces.

Yazdi did not elaborate further on how “Enjoining the Good and Forbidding the Evil” unit would deal with offending citizens.

Yazdi also announced the free distribution of the face masks by the IRGC, adding, “We are ready to place the IRGC’s medical equipment and facilities at the Ministry of Health’s disposal to deal with the coronavirus.”

Last week, President Hassan Rouhani announced a fine of 500,000 to 2000,000 rials (about $12 to $48 at the official rate) for those who do not comply with #COVID_19 regulations, saying that the police and the #Baseej forces, IRGC’s militia, would oversee the collection of the fines.

According to Iranian health officials, more than four in five Iranians respected health protocols in March in the early weeks of the pandemic, but that has now dropped to as low as 40 percent.

In March, Iranian Supreme Leader Ayatollah Ali #Khamenei assigned the Armed Forces to work on necessary methods to prevent a further spread of coronavirus, as well as other activities such as treatment of patients and establishment of medical centers like field hospitals and convalescent homes.

Despite those measures, the virus has continued to spread in Iran.