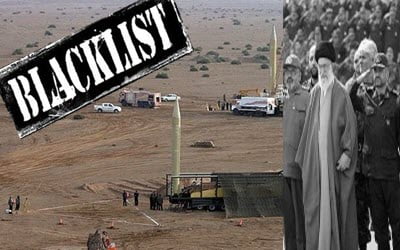 When Iranian Supreme Leader Ali Khamenei was ordering the recent ballistic missile test, he most probably didn’t forecast a widespread international reaction and the heavy consequences afterward, wrote Shahriar Kia in the ‘THE HILL’ on February 6. The article continues as follows. 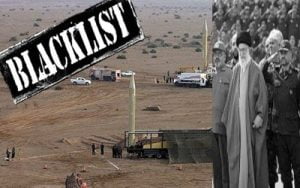 Eight years of appeasement policy under the Obama administration has placed Iran facing a serious miscalculation, thinking there is still room for its policy of threats and export of terrorism.

The Jan. 29 missile launch has rendered a grave backfire on the mullahs, resulting in disastrous political and strategic consequences for Tehran.

In the meantime, Die Welt revealed the mullahs also test-fired a cruise missile dubbed “Sumar” on the same day.

“The missile is believed to be capable of carrying nuclear weapons and may have a range of 2,000 to 3,000 km, the paper said, citing intelligence sources,” Reuters reported.

While the mullahs’ regime has attempted to cloak this missile test launch, the Revolutionary Guards (IRGC) published related images in its affiliated news agency.

The Obama “golden era” and Tehran taking advantage of his engagement, and concessions from the U.S., has come to an end.

The UNSC held a closed-door session on Jan. 31 and issued a statement referring the dossier to the Resolution 2231 committee for further investigation. UN Secretary-General Antonio Guterres is also tasked to follow up on the matter and file a report on this matter.

“The recent ballistic missile launch is also in defiance of UN Security Council Resolution 2231,” he said, adding “As of today, we are officially putting Iran on notice.”

To this end, recent developments show Tehran’s recent missile test has triggered strategic policy changes in the region and across the globe against the religious fascism ruling Iran.

Of course, senior Iranian officials and media outlets resorted to saber-rattling to cloak their concerns over such unexpected global reactions.

The Kayhan daily, the known Khamenei mouthpiece, revealed the Iranian regime’s terrified status quo, describing this as a “historic turn.”

“There are times when developments take such an unprecedented pace, making any forecasting about the future quite difficult,” the piece reads.

Ali Khorram, an Iranian Foreign Ministry official, suggested the mullahs’ regime should use “common sense” and keep a low profile during such times.

The state-run Iran daily wrote, “This measure by Iran provides an excuse for Trump to take actions against Iran, increasing his intention to disrupt the status quo resulting from the Iran nuclear deal.”

Iranian President Hassan Rouhani described Trump as “inexperienced” in an attempt to cloak his concerns and belittle such harsh reactions.

The IRGC and other entities loyal to the regime are extremely concerned over a change in international policies after Obama left office. Khamenei, the leader of a regime dependent on the IRGC for its very survival, is resorting to missile launches and hollow threats against America and the West in an attempt to lift their spirits.

Without a doubt, the most effective measure targeting the mullahs’ Achilles Heel is found in the West adopting a firm policy against Tehran aimed at stopping Iran’s nuclear program and destructive meddling in the Middle East.

“The clerical regime must be evicted from Syria, Iraq, and, the IRGC must be placed on the list of terrorist organizations,” said Maryam Rajavi, President-elect of the National Council of Resistance of Iran (NCRI), to a recent conference at the Unites States Senate.

To this end, the U.S. and the European Union should blacklist the IRGC.

Shahriar Kia is a political analyst and member of the Iranian opposition, the People’s Mujahedin Organization of Iran (PMOI, also known as the MEK). He graduated from North Texas University.