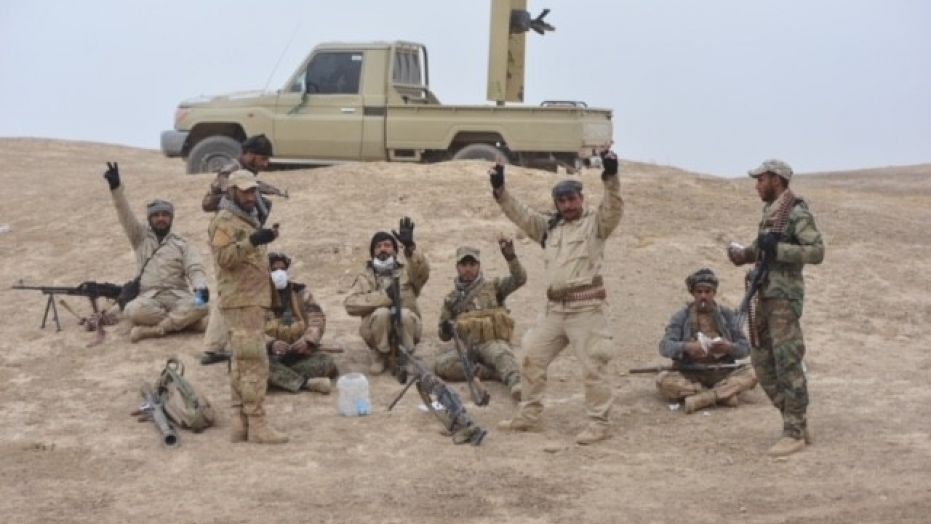 BAGHDAD –  Now that they’ve helped vanquish the Islamic State from much of Iraq, a battle-hardened militia with close ties to Iran may be training its sights on the remaining U.S.-led coalition troops scattered across the country.

At least that’s the thinking among some in the ranks of the Popular Mobilization Forces (PMF), a roughly 100,000-thousand-member force that has fought both with and against Americans in Iraq.

“America should only be here for embassy, any military presence and we will target them,” Saif Ali, a 37-year-old member of the PMF’s Harakat Hezbollah al-Nujaba paramilitary — based in the southern Iraq governorate of Basra — told Fox News. “I fought the Americans after 2003, and the British in southern Iraq, and I am happy about that. I don’t hate the American people, only hate the U.S. military, and I have killed many of them.”

Ali is one of thousands of PMF members who also took advantage of Iran-supplied weapons and ammunition to take the lives of hundreds of U.S. troops during the insurgency that followed the invasion of Iraq.

Rayan al-Kildani, the 32-year-old leader of the PMF’s Babylon Brigades, an Iraqi Christian militia, noted that he, too, got his start fighting the Americans post-2003 — allegedly after learning how to use weapons from action-oriented TV shows and movies. And although he has relatives in the U.S. and even visited a few years ago, he said that he threatened to attack U.S. intelligence personnel he encountered after the Mosul battle and ultimately wants to see American forces gone.

The PMF was created soon after the June 2014 ISIS invasion in response to a fatwa, an edict issued by an Islamic leader, from Shiite cleric Ayatollah Sayyed Ali Hosseini Sistani. He called on all able-bodied males to fight the brutal Sunni insurgency. The PMF was initially an unofficial umbrella organization comprising some 40 militia groups. But, given their strong fighting skills and popularity among locals for their prominent role in combating ISIS, Iraqi Prime Minister Haider al-Abadi folded them into the Baghdad government’s security forces in November 2016.

Today, most PMF fighters draw salaries from the Baghdad government. But Mohand al-Eqqaby, the PMF spokesman, said at least another 50,000 unpaid fighters are on the ground and — for now at least — have no intention of fighting U.S. troops.

But he still wants the Americans gone.

“Our stand is clear,” Eqqaby asserted. “America was not there at the beginning of this ISIS crisis when we needed them most. We are strong now, and as long as we are fighting, Iraq does not need Americans on our land.”

The PMF has also expanded its influence beyond the battlefield and into the political sphere ahead of Iraq’s  parliamentary elections in May. Many militia leaders are expected to win crucial seats and challenge Abadi,  who is considered a reliable U.S. partner bound to keeping Iranian influence at bay.

Anxieties are growing over the PMF’s increasing influence and the notion that many take their orders not from Iraq’s commander in chief, but rather from Iran’s leadership.

Read More: Foxnews – After ISIS campaign, Iran-backed fighters in Iraq vow to drive out US troops

Iran has ‘other options’ if nuclear deal falls through under Donald Trump, Foreign Minister says

Prisoner’s Lifeless Body Delivered to His Family After 20 Days

The impact of Revolutionary Guard’s suppression of citizen journalists

Internal report from Basij on unrest in Iran capital