METULA, ISRAEL – The Israeli military launched an operation Tuesday to “expose and thwart” tunnels it says were built by the Hezbollah militant group that stretch from Lebanon into northern Israel. 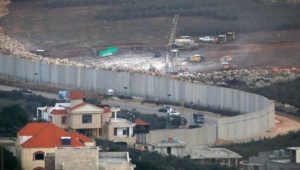 The military said the tunnels are not currently being used by militants and that its work to find and neutralize them was taking place inside Israeli territory. However, the Israeli operation could heighten tensions between Israel and its Iran-backed foe, which have both been preoccupied with other conflicts since their last conflagration more than a decade ago.

“We see Hezbollah’s activities as a flagrant and blatant violation of Israeli sovereignty” and U.N. resolutions, said Lt. Col. Jonathan Conricus, a military spokesman. “This activity is another example of the negative effects of Iranian entrenchment in the region.”

The military did not disclose how many tunnels snake into Israeli territory from Lebanon or reveal details of the operation, which it said could last for weeks. Reinforcements were sent to the border, and later Tuesday, the military said the first tunnel had been uncovered, running from a private home in the Lebanese village of Kfar Kela, and would be demolished.

Conricus said the tunnel, outfitted with electricity, a ventilation pipe and a communication cable, was about 200 meters (220 yards) long, at a depth of 25 meters (80 feet) and about 2 meters (6 feet) high.

The tunnel’s exit point was found in a patch of farmland southwest of the pastoral Israeli border town of Metula, the military said.

Lebanese troops and military intelligence agents, along with U.N. peacekeepers deployed in southern Lebanon, were observing the border Tuesday, a Lebanese military official said, speaking on condition of anonymity in line with regulations.