Israel said on Tuesday it had launched an operation to “expose and thwart” cross-border attack tunnels from Lebanon dug by the Iran-backed movement Hezbollah and that their purpose was to send militants to attack Israel. 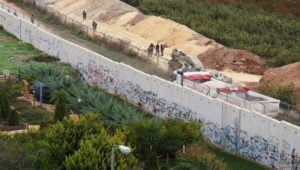 The Israeli military said its operations were currently confined to Israel and did not extend into Lebanon, where it said the tunnels originated.

The army released footage of tunnels and earth-moving equipment at work, carrying out what it said were “tactical preparations to expose Hezbollah’s offensive cross-border tunnel project”. Reuters could not immediately verify the footage.

The military said the tunnels were not yet operational, but posed “an imminent threat”. Its Arabic media spokesman posted a message on Twitter warning the Lebanese army and Hezbollah to stay away, saying: “Your lives are in danger, you have been warned.”

One tunnel originated under a house in the Lebanese border village of Kfar Kila and crossed the frontier near Israel’s northernmost town, Metula, the Israeli military said.

There was no immediate comment from Hezbollah. The Lebanese army said the situation was calm on its side of the border, as did U.N. peacekeepers operating there. It said the military was “fully prepared to face any emergency”.

“Hezbollah’s intention was to insert terrorists into our territory through these tunnels,” he said.

“These cross-border terror tunnels were built by Hezbollah with direct support and funding from Iran. They were built with one purpose in mind – to attack and murder innocent Israeli men, women and children.”

Netanyahu, who on Monday met U.S. Secretary of State Mike Pompeo in Brussels to update him on the imminent operation, said it would continue for as long as necessary.