Iran could use its growing clout in Iraq to turn it into a springboard for attacks against Israel, the chief of Israeli military intelligence said on Monday. 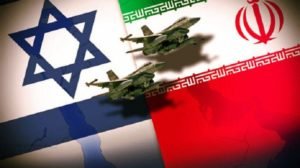 Israel sees the spread of Tehran’s influence in the region as a growing threat, and has carried out scores of air strikes in civil war-torn Syria against suspected military deployments and arms deliveries by Iranian forces supporting Damascus.

Iraq, which does not share a border with Israel, is technically its enemy but was last an open threat in the 1991 Gulf War. Since a U.S.-led invasion in 2003 toppled Iraqi dictator Saddam Hussein, a Sunni Muslim, Israel has worried that Iraq’s Shi’ite majority could tilt towards Iran.

With U.S. President Donald Trump disengaging from the region, Hayman said, the Iranians may “see Iraq as a convenient theater for entrenchment, similar to what they did in Syria, and to use it as a platform for a force build-up that could also threaten the State of Israel”.

The following week, Israel said it might attack such sites in Iraq, effectively expanding a campaign now focused on Syria.

North Korea and Iran – partners in nuclear and missile programs

Lawmaker calls for kicking UN Iranians out of US