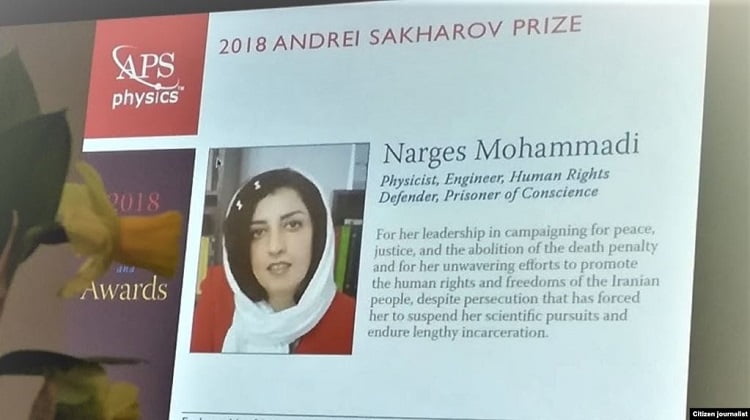 In a letter to Iran’s Chief Justice the mother of Narges Mohmmadi, a jailed human rights activist, has warned about ill-treatment as well as physical and sexual threats against her daughter by another inmate. 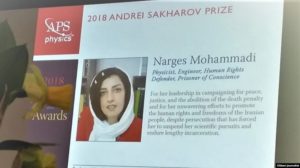 According to the news agency of Human Rights Activists in Iran (HRANA) in her letter Ozra Bazargan has said that the inmate who has threatened her daughter is in prison for crimes including two cases of homicide, theft and drug dealing and prison authorities are aware of the threats she has been making.

Narges Mohammadi is a prominent physicist and rights defender. She is the winner of several prestigious awards including the American Physical Society’s 2018 Andrei Sakharov Prize for outstanding leadership and achievements by a scientist in upholding human rights.

The 47-year-old Mohammadi is serving a sixteen-year-term for establishing and running a campaign against death penalty as well as other trumped-up charges such as propaganda against the regime.

The campaigner against the death penalty was exiled from Evin Prison where most political prisoners are held to a prison in Zanjan, 339 kilometers (211 miles) northwest of Tehran in December. The exile came after she went on hunger strike along with seven others to commemorate the hundreds of people fallen victim to the heavy-handed response of security forces to mid-November protests.

Ms. Mohammadi is often treated with contempt by prison authorities who deprive her of contact with her family.

In a letter sneaked out of prison after her exile Ms. Mohammadi disclosed how Gholamreza Ziayi, the warden of Tehran’s notorious Evin prison, severely battered her for resisting to be taken to a prison hundreds of kilometers away from Tehran where inmates are held for serious offenses including drug-related crimes.