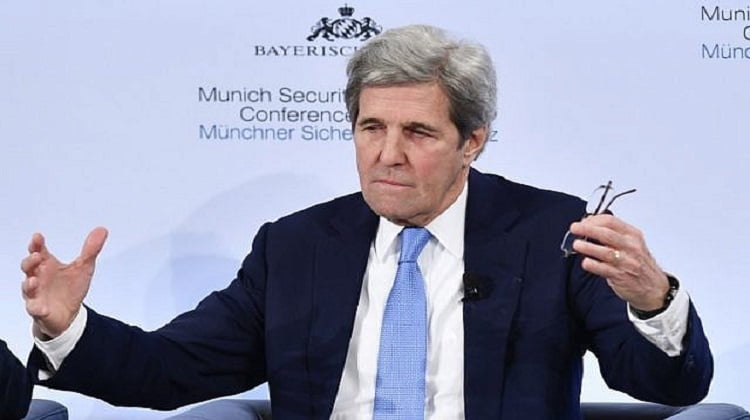 Former secretary of state John Kerry voiced fear Friday of conflict with Iran after the United States pulled out of a denuclearization deal, saying regional leaders had privately pressed him for military strikes.

Kerry spearheaded diplomacy that led to the 2015 agreement in which Iran promised Western powers, Russia and China to scale back its nuclear program drastically in return for sanctions relief.

By pulling out of the accord, President Donald Trump has “made it more likely that there will be conflict in the region because there are people there who would love to have the United States of America bomb Iran,” the former senator and presidential candidate told the Council on Foreign Relations as he promotes his memoir, “Every Day is Extra.”

Kerry said that Saudi Arabia’s late king Abdullah and Egypt’s ousted president Hosni Mubarak had both told him that the United States should attack Iran, even while they would not take the position publicly.

Prime Minister Benjamin Netanyahu, an outspoken critic of the Iran deal, had also asked then US president Barack Obama for the green light to bomb Iran, Kerry said.

While UN inspectors found that Iran was complying with the accord, Trump declared the deal to be a disaster for not addressing other US concerns with Iran including threats to Israel, support for Islamist terrorist groups such as Hezbollah and Tehran’s missile program.

But Kerry said the United States was “actually getting them to do things, quietly,” including on easing the conflict in war-ravaged Yemen, and believed that President Hassan Rouhani was “trying to move the country in a different direction.”

“What Trump has done is now empower the guys in Iran who said, ‘Don’t deal with the United States, they’ll burn you,’” Kerry said.

U.S. CAMPAIGN FORCES DEBATE ON THE DEFINITION OF TERRORISM IN IRAN Iran has 'unclean hands' in world court battle, US says

On 3rd of January a news spread in social media regarding Qasem Soleimani and AbuMahdi Mohandes who has died by a US drone strike near Baghdad Airport and this was the end of their lives. In social media, especially Iranian users, there was a chaotic situation, some called of “the general of... END_OF_DOCUMENT_TOKEN_TO_BE_REPLACED