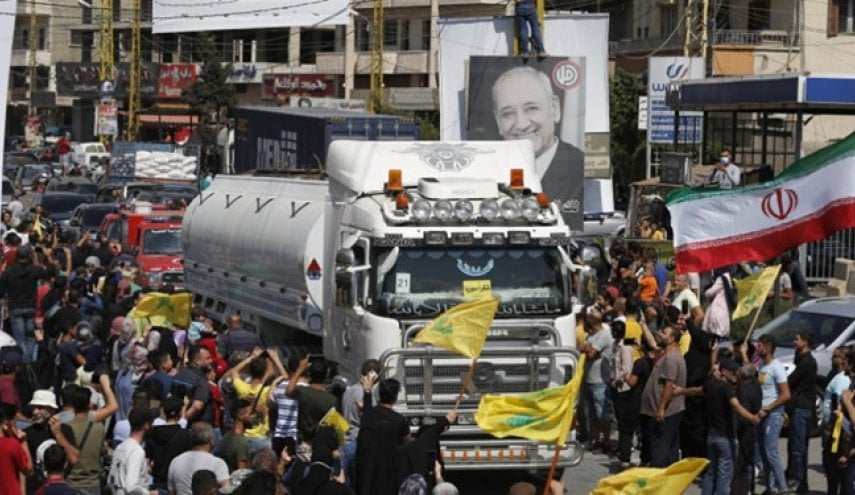 On Khamenei’s orders, Iran’s Islamic Revolutionary Guard Corps (IRGC) has continued to send free shipments of fuel to its proxy group Hezbollah since last month and promised to send more shipments to its armed group in Lebanon in the coming days.

Importing fuel from a country like Iran with a collapsed economy under massive sanctions is not a lasting solution to Lebanon’s energy crisis. What Hezbollah is doing is merely a propaganda ploy to gain power, and it does not play a constructive role in solving the country’s core issues.

Meanwhile, sixty percent of Iranians are below the absolute poverty line, and 73 percent are eligible for government aid according to Iranian officials. Yet the Islamic Republic of Iran is providing more welfare to Lebanon. Poverty and unemployment pervade the country, and of course, along with it, the coronavirus pandemic, lack of electricity and water, high prices, and a bankrupt economy have put the already impoverished Iranian people under immense pressure.

Meanwhile, the Minister of Foreign Affairs of the Islamic Republic, Hossein Amir-Abdollahian, announced today: “We are ready to help Lebanon so that it can successfully overcome the current economic crisis. Large Iranian companies are ready to build two 1,000-megawatt power plants in Beirut and southern Lebanon in less than 18 months. We will do this quickly with the joint investment of Iran and Lebanon and with the export of Iranian technical-engineering services.”

In 1982, Hezbollah was conceived by Muslim clerics and funded by Iran. Its leaders were followers of Ayatollah Khomeini, and its forces were trained and organized by a contingent of 1,500 Revolutionary Guards that arrived from Iran. Since the Supreme Leader of Iran is the ultimate clerical authority, Hezbollah’s leaders have appealed to him “for guidance and directives. After the death of Iran’s first Supreme Leader, Khomeini, Hezbollah’s governing bodies developed a more “independent role”. Since the Second Lebanon War, however, Iran has restructured Hezbollah to limit the power of Hassan Nasrallah and invested billions of dollars “rehabilitating” Hezbollah.